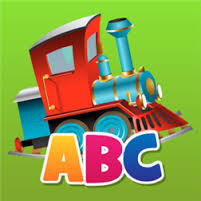 An App for young children, using a train theme and a series of mini games to focus on letters and the sounds they make

This review of Kids ABC letter railroad was completed by the Australian Council on Children and the Media (ACCM) on 1 May 2014.

An App for young children, using a train theme and a series of mini games to focus on letters and the sounds they make.

This App uses a train theme to examine letters and sounds. For example you open each carriage of the train and add cargo items of the corresponding letter, or you draw tracks between the letters in sequence to move the train along the track (and hear the sounds). In user testing, one child who enjoyed playing with trains found this engaging – however another was quickly bored with the train theme.

Within the App there are five mini games, each exploring letters and sounds, some spoken sounds and letter names have a very strong American accent which may be problematic for Australian families.

No game playing behavoiur which may be of concern to parents was found during this review.