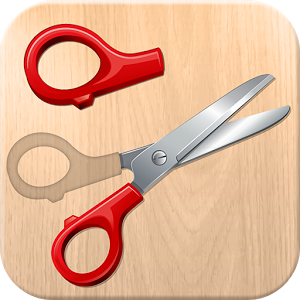 This review of Kids Educational Puzzle: Tools was completed by the Australian Council on Children and the Media (ACCM) on 30 May 2016.

Kids Educational Puzzle: Tools is a puzzle-based app aimed at young boys. The objective is to complete the 30 puzzles by dragging puzzle pieces onto silhouette outlines of tools. The skills required include motor skills to utilise the functions of the app, as well as matching skills and spatial awareness.

When the app is first installed and opened, players are shown a home page containing a range of options. In the centre of the screen, there are 3 pages of images that players may scroll through – these are images of household tools (e.g. hammers, scissors, brooms, staplers and sharpeners). Each of these images represents one of the 30 puzzles which users can complete. On the 4th scrolling screen, players are shown a static advertisement of a similar app (‘Kids Chef: Learn Maths’ – this is a free ad-supported family app by the same developer). On the 5th screen, another static advertisement is shown for another app by the same developer (‘Cartoon Jigsaw Puzzle for Kids’) There appears to be no inappropriate material within these apps.

On the central home page, there are options to select one of 28 different languages within which to play the app. The app enables players to select Easy or Hard mode, which either provides borders on images to represent individual puzzle pieces, or does not provide borders. There is also an option to view information about the developers. Some of the information presented within this section includes: ‘We’re iAbuzz and we create entertaining yet educational kids games. We believe in learning through play and consider it to be a great addition to the traditional learning methods… Our games go through a thorough testing, validation and approval process conducted by us, and most importantly, our kids.’ The home screen also contains an option to rate the app, as well as a link to the Google Play Store page of the developer containing additional apps created by them (e.g. ‘BLOW Mini Games for Baby’, ‘Food Puzzle for Kids’, ‘Kids Doctor Game’).

To enter the puzzles, players must click on any of the 30 tool icons on the home screen. Once they do this, they are taken to a screen where the object they clicked on is outlined in the centre. There are puzzle pieces that comprise the object positioned randomly around the screen, and players must click and drag these components to the correct location within the central silhouette in order to complete the puzzle. If a player moves a piece over the incorrect location, the piece simply goes back to its original location and must be positioned again. After players do this successfully, balloons fall from the sky to congratulate players, and the name of the item is presented along the bottom of the screen (e.g. ‘Hammer’, ‘Wrench’, etc). Players are then able to tap an icon on the right-hand side which allows them to immediately move onto the next puzzle.

No: No in-app purchasing was found during this review.

During individual puzzles, there are also small banner advertisements presented along the top of the screen. These contain advertisements such as website ads (e.g. a TPG Internet Ad stating ‘You have 3 new messages’).

On the Google Play Store page for the app, developers state that ‘The Tools edition is specially developed for young boys, but can also be interesting for girls that like to help their dads around the home.