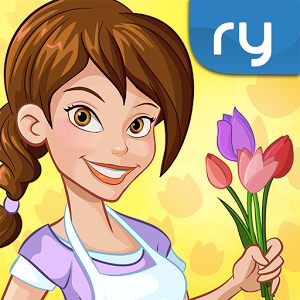 This review of Kitchen Scramble was completed by the Australian Council on Children and the Media (ACCM) on 19 April 2015.

This review of Kitchen Scramble contains the following information:

Kitchen Scramble is an interactive arcade game based around time management in a restaurant context. The objective of the game is to serve as many customers as possible, before any of them become impatient and leave without their food, thus not paying or leaving any tips behind money for the player. Within the game, players require skills in strategic thinking (in terms of the ordered selection of customers), time management and motor skills.

When the app is installed and opened, players are met with an initial pop-up disclaimer stating “Additional content can be purchased in Kitchen Scramble. Purchasing this content costs real money and will be charged to your account. You can adjust your device settings to lock the ability to make in-app purchases.” The app then asks players to enter in their age.

After a loading screen, players are welcomed to their ‘new food truck’ by a friendly female chef, Chef Crisp. They are informed that this truck will enable them to bring fresh, healthy food to people around the world. A customer then approaches the truck whilst players are positioned inside the kitchen – they are informed that he wants a friend egg. Players are then directed to tap on the image of a fresh egg sitting on one of the shelves, and then proceed to tap on the fry pan skillet in order to move their character over to it to cook the egg. Players are told to remove the egg quickly after it has finished cooking, or it will overcook. They must then serve the meal to the customer and tap on the leftover coins to collect payment.

Players are then shown the Roadmap, which consists of various locations in a linearly designed path – this contains all of the levels that players may work through. Before beginning a new level, players are given information on what they must cook (e.g. an egg and a potato), and occasionally must purchase new equipment or tools in order to cook their meals (e.g. a low voltage electric oven). Players are taken to the Food Truck Market in order to purchase these items (as well as upgrades) in exchange for gold coins.

During their cooking levels, players can be assisted in making meals by browsing their recipe book. This means that if a customer wants a baked potato, players can browse the recipe book and discover that this entails placing a raw potato in the electric oven. Food cooks at different rates, and players must keep an eye on different kinds of food that they may be cooking simultaneously. For example, an egg that is finished cooking will burn much more quickly than an oven-baked potato that is finished. If customers have to wait for longer periods, they will become annoyed and eventually leave without paying. Speedy service results in players receiving additional tips and money, and they will also receive more stars at the end of each level if they have served all the customers who wished to purchase something.

The app also contains a Goals list, incorporating achievements to be earned such as ‘Serve 145 customers’, ‘Earn 15,000 in coins’, ‘Serve 35 baked potatoes’, etc. The rewards for achieving these goals take the form of tokens.

No gambling content was found during the review of this game.

No game playing behaviour which may be of concern to parents was found during the review of this game.