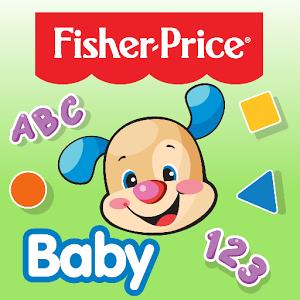 An educational app for toddlers and young children that incorporates sing-alongs with the learning of letters, numbers, and shapes.

This review of Learning Letters Puppy was completed by the Australian Council on Children and the Media (ACCM) on 4 August 2014.

This review of Learning Letters Puppy contains the following information:

There are no levels within the app, but each section was fully explored and completed.

This is an interactive touch-based app for young children that incorporates animations, sing-alongs, and sound effects. There is no objective of the app, as children merely explore one of four categories by tapping their way through lists of letters, numbers, musical pieces and shapes. This game encourages the practicing of fine motor skills, as well reading, visual interpretation and labeling.

Upon installing and opening the app, players are greeted by a small pop-up message offering them ‘Tips for Playing and Viewing’ – players may opt to open this to ‘Learn More’, or may elect to ‘Close’. The information states that children of any age benefit from having a variety of stimulating experiences, and asks parents to think of the app as an ‘extra tool’ they may use to play with their child. At the same time, the app informs parents that it is wise to review app content beforehand, limit viewing time, ensure children take periodic breaks, and interact with children during play. It highlights the need for parents to encourage the use and practice of fine motor skills within the game (engaging in activities such as tapping, pointing, or swiping objects around the screen), foster thinking skills, as well as learn to label objects in an engaging way.

The app is broken down into four central categories of play: letters/words, numbers, music and geometric shapes. Upon clicking on the ‘ABC’ icon, a child’s voice welcome’s players and informs them that it’s ‘ABC time’. After tapping on the screen, the app takes children through the alphabet and identifies an object beginning with each letter. For instance, ‘A… Apple. B… Book’ will be read out by a similar child’s voice, with animated graphics accompanying the audio. The app offers words of encouragement along the way, such as ‘I love you!’ and ‘Wanna play?’. After running through each letter individually, the ABC song plays through with an accompanying video. Once this is finished, it is then possible to go through the alphabet again from the beginning. There is a small icon of a house in the top right-hand corner of the screen – players must tap this twice in order to be brought back to the home screen menu.

In the numeric section of the app, children are able to similarly tap the screen and go through pages of individual numbers, counting up from 1 to 10. Each number is represented by the same amount of an object presented – for instance, ‘3’ is accompanied by a graphic of three fish, while ‘6’ shows six musical notes. Once children reach the 10th letter, a song is played which reiterates all ten digits once more.

When a player opens the Shapes section of the app, they are presented with an image (for example, an orange kite floating in the sky), and part of the image is highlighted whilst a voiceover explains what the shape is (e.g. ‘Diamond’, for the kite). The colour of the shape is then explained (e.g. ‘Orange diamond’). This section goes on to show green triangles as the flags of a ship, a beach ball that is a purple circle, etc.

Within the musical section of the app, players are first encouraged by the voice over that dictates ‘Let’s sing!’. Tapping the screen causes the app to run through the alphabet song, while tapping a second time begins the numbers song. After this, there is a song explaining several shapes (for instance, ‘An orange kite somehow looks quite right, lots more shapes to be seen’). The subsequent songs consist of one of the animated characters dancing and singing songs about random themes – for instance, ‘I’m a playful puppy, let’s be friends- we’ll have so much fun!’. It is also possible to tilt the device to either side in order to make the central character of a puppy giggle for short periods.

This app would be beneficial for younger children who are beginning to learn the alphabet and initial numeric values, as it promotes repetition in a fun, visually engaging manner. It encourages parents to learn alongside their children, and to provide positive feedback (in addition to the app itself providing encouragement also). There are no risks associated with this app.

There is a small advertisement banner at the bottom of the menu screen – however, it only appears to have a static advertisements containing pictures of other Laugh & Learn Apps, also created by Fisher-Price.