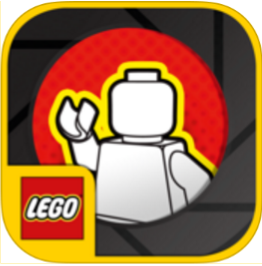 This review of LEGO Movie Maker was completed by the Australian Council on Children and the Media (ACCM) on 15 May 2016.

This review of LEGO Movie Maker contains the following information:

LEGO Movie Maker is a stop-motion film production app. The objective is to create and edit stop-motion films using the device’s camera – editing is done via a range of features such as music, effects, and focal adjustment. The skills required are motor skills, creativity, and comprehension/reading.

When the app is first opened, players are presented with an on-screen popup asking them to review the LEGO terms of use prior to starting gameplay. Within the terms of use, it is stated that all interactive services used by individuals under 13 years of age are all pre-moderated, monitored, and pre-screened in all LEGO apps. After reading the terms of use, users are taken back to the main screen where the player is met with a menu screen containing three central sections: “Movie Gallery, Instructions, and Make a Movie”, as well as Information and Settings sections.

The “Movie Gallery” allows players to view movies that they have created previously, and offers an option to create new movies. The “Instructions” section takes players to a screen where they are shown a slideshow of how to create a basic LEGO movie. Instructions such as “adjusting individual frames” and “changing focus/lighting” on shots are explained.

The “Make a Movie” section takes players to a screen where they are asked to “create your title”. In this area, players can write the title and director of their film in whatever words they choose. Any coarse language is immediately rejected with a pop-up stating “Uh oh, a bad word was found. Please remove it and try again”, and players cannot continue until it is deleted. Players are given the option to change the image background, and can use one of the template images, take an image, or use one from within the device memory. This is not checked prior to use. After this, players are prompted to take photos of individual frames using Lego figures, and can tap the screen to create a stop-motion film. After frames are taken, players can adjust effects, frame speed, and music for the film. Once the film is completed and edited, players can tap the large yellow save button in the top right hand corner. When this is done, players are taken to a screen where they can view the stop-motion film as a completed project, with music and effects added. The movie can then be saved to the device internal storage.

In the Settings menu, players can alter various features of the app such as changing their in-app name, altering movie speed, and turning the quality of the in-app video down. In the Information section, users can read the terms of use, the privacy policy, and the cookie policy.

The app cannot be utilised for its original purpose without owning several LEGO figures (as the app is designed to make Lego-related films). However, as a stop motion camera, any objects can be used to create and modify stop-motion films. This is a LEGO Branded product, and throughout the use of the app, several Lego characters are presented.

This is a LEGO Branded product, and throughout the use of the app, several Lego characters are presented.