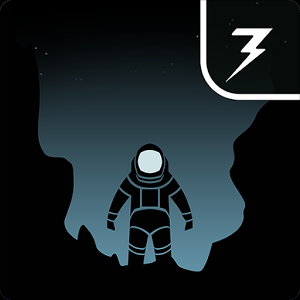 Lifeline is an interactive text based branching story app based on survival. Caution: mild fear/horror themes, discussions of death

This review of Lifeline was completed by the Australian Council on Children and the Media (ACCM) on 4 March 2016.

This review of Lifeline contains the following information:

Lifeline is an interactive playable choice based survival game. The objective of the game is to work through a storyline selecting from predetermined options in order to progress. The skills involved in playing through tis app include problem solving, higher order language skills, motor skills to utilise the functions of the app.

When the app is first installed, a pop-up message appears stating “Lifeline is an interactive story told over the course of several days.” The app then offers the user two options: to be notified with each update of the app, or to receive notifications in clusters to save space.

Upon choosing an option, the app opens to a black screen with text appearing on it in the style of radio transmissions. The player is asked “Can anyone read me?” After reading this, the player is presented with two buttons, with which they can use to respond to the message. The app progresses, with the same dual-option text dialogue style. The player can ask details about the other character, named Taylor - for instance, the app asks “It’s been hours!”, to which the player can respond “Who are you?” or “What happened?”.

Taylor goes on to tell the player that their ship crashed in the middle of nowhere, and that they are the sole survivor, explaining that they are “the least prepared person in existence for this sort of emergency”. After a lengthy discussion, Taylor asks the player “Should I go and explore the crash site or a mountain opposite it?” and when the player answers, the app locks, and nothing can be done for 1 hour. Attempts to use the chat feature or the app yield only a “Taylor is busy” response.

After an hour, players receive a notification on their device from the app with text that continues the storyline – Taylor informs players that he is in sight of “what is left of Varia”. He describes that  there is “a ton of scattered debris thrown around just to make the whole scene look terrifying and post-apocalyptic”. Players are then given the option of “Looking for the crew” or “Checking the flight deck”. The app continues in this fashion, with the storyline gradually unfolding and players being required to come back to the app after a period of time has elapsed. Eventually, Taylor describes that his colleagues have died, stating “Antoine, Trotter, Colby, Adair. All dead. All of them, just… dead. I don’t think I can do this anymore. Knowing that all of them, every one of them… I just…”. Players can then opt to “Honour the dead” by burying them.

Within the options menu of the app, players have the option to change notification settings, turn off the in-game sound effects and music, and rate the game. The player can also view Credits for the app, and push a “more games” option. This prompts the player to download Lifeline 2, and Lifeline: Silent Night” – each of these apps cost $1.42 each.

Option to purchase additional games by the same publisher.

No additional game playing behaviours which may be of concern to parents was found during this review.