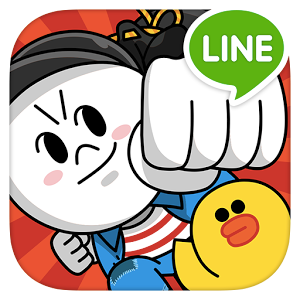 This review of Line Rangers was completed by the Australian Council on Children and the Media (ACCM) on 2 April 2014.

This review of Line Rangers contains the following information:

The game has 70 different characters to choose from, each with their own skills and characteristics. Players must choose the best combination of speed, attack and defence, balancing the characters on their team in order to defeat enemies. The objective of the game is to save Sally, a Line Corporation character, after an alien army has kidnapped her. Players progress through levels, destroying an alien tower within each level by deploying a team of characters and using a range of skills. Within the game, players require skills in strategic thinking (in terms of the selection of characters, as well as in-game skill-selection and choices of how to combat enemies).

Before being able to play the game, it is necessary for players to download another app by the same developer and create a Line Corporation email account. Once this is done, players can sign into the Line Rangers app and collect characters that they use to battle an alien tower. The tower releases a range of enemies, and players deploy their own characters to defeat them. To do this, players select and tap one of five characters along the bottom of the screen (multiples of each character can be deployed at the same time, there is merely a short time delay where characters are refreshed/regenerated). Players also have skills to utilise, such as damaging enemies with falling meteors, as well as freezing enemies. After an alien tower is defeated, “WIN!” is seen in big golden letters and there is a ‘ping’ sound effect similar to that of a slot machine. Characters level up after a stage is completed and money is collected. There is then a slot machine-style ‘Clear Bonus’ where a rolling slot is presented with a single button, and players can choose when to push it in order to receive additional characters to include within their team, add various skills to their repertoire or earn extra money.

The game involves money and gems, both of which can be used (and traded within a multiplayer setting) to upgrade a player’s characters and skills. The sound effects used within the game mimic the sounds from real-life slot machines. There is in-game purchasing, which is frequently recommended to players.

The game often suggests that players purchase more gems by going to the in-game store.  It is possible to pay $1.97 for ten rubies, and up to $49.49 for 380 rubies. These can be used in the game or traded for in-game currency.

There is simulated slot machines presented as a bonus within the game – players do not need to use in-game currency to utilise the slot machine, but need to press a button while the reel is turning in order to win a bonus.

This app contains elements of simulated gambling and associated sound effects and visuals.