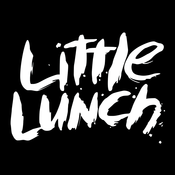 This review of Little Lunch was completed by the Australian Council on Children and the Media (ACCM) on 3 May 2016.

This review of Little Lunch contains the following information:

This app was reviewed for approximately 30 minutes

The app begins by asking players to create a new video. It then asks for identification (their name and a photograph) of who is creating the video. It then allows the player to plan their story, letting them read what will be required of them in the next phase of the app. On the screen the player will see the 5 steps that are required of them. Step 1: Introduction (getting to know your character), Step 2: Something Happens (what happened at lunch?), Step 3: Things Get Complicated (explain the issue), Step 4: The Climax (what is the turning point?), Step 5: The End (conclude the story). The app then requires the player to list any other characters that may appear in the video. Once the characters are entered, the app then asks the player if they would like their story to begin at the start, middle or end of lunch time, the player selects their choice. Next, the player is asked to draw the setting of where their story takes place, the app provides a blank screen and a pen icon for the player to draw a background setting. It then asks the player to record the various stages of their story with the camera. The player can decide whether they want their video to be in the past or present and is allowed 45 seconds to record each stage of their video story. Once they have recorded the video, the player is able to either keep or delete each segment depending if they feel it was right to use. If a player’s microphone does not work, or the player wishes to add an extra voice over, they are able to add an extra voice over after each segment is recorded. At the end the player is asked to “Create my little lunch”. Once the story has been created, the player can preview the film and is given the option to make changes if desired. If the player is happy with their film story they can click “finish” and save the film to their camera roll or upload online (for more details see online information).

No in app purchasing found during this review.

This app allows players to upload their completed video to Google Drive, YouTube, and Vimeo.

Permission to record is not required.