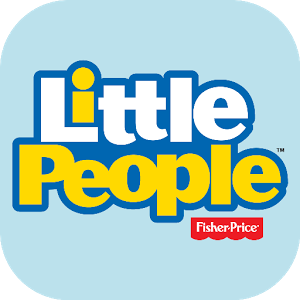 Little People(TM) Player is a video based children's app

This review of Little People(TM) Player was completed by the Australian Council on Children and the Media (ACCM) on 13 March 2016.

This review of Little People(TM) Player contains the following information:

All features of this app were reviewed.

Little People is a video-based children’s app. There is no central objective within the app, other than to watch the presented videos and accompanying musical sing-a-longs. The skills involved in playing through this app predominantly involve motor skills and verbal comprehension.

When the app is first installed, players are brought to a home screen containing animated images of several child characters, as well as options to view videos, other apps (this section has a ‘Coming soon!’ label on it), and music-related videos. The home page also contains an icon which takes users to the Little People Official Website, as well as a small icon for parents. When this parent’s icon is pressed, users are given a question to answer (such as ‘Please enter the numbers as digits: FIVE, NINE, SIX’). This subsequently takes parents to a section containing Play Tips, the Privacy Statement, Credits and Notices, in addition to the User License Agreement. The Play Tips section explains to parents that the characters in Little People are ‘a lot like real kids’. Each of them is unique and has their own personality, and getting to know these friends will help children ‘learn about themselves and others’. The app states that it teaches children about diversity, and exploring the concepts of people being the ‘same’ or ‘different’. Additionally, it aims to ‘nurture children’s curiosity and wonder about the world’.

Players are able to choose from a range of videos to watch. Some of the videos show children of different genders and racial backgrounds asking to play with one another, and having a good time together with various toys. The videos appear to promote acceptance, fun, and team work. The children teach each other as well, with one child trying to put shoes on a cow during one video, and another child explaining that cows don’t wear shoes. Some of the videos have educational components (e.g. explaining why human children need to wear shoes, but animals don’t). The children often sing jingles together, such as ‘Time to use our eyes, ears and minds. We’ll help each other!’. There are approximately 8 videos for users to watch and enjoy.

Within the music category, there are 10 songs to explore. The theme song is amongst the options, as well as a range of other educational songs – e.g. ‘Cow’s feet are hard and strong, kids feet are soft so don’t take your shoes off if you want to stomp along to this song’. The songs have accompanying video animations also. For example, in another song where the lyrics are ‘Drip drop, come on flower, drink it up! What did the flower need? Water!’, the video playing is of a large flower in a pot, which is being watered with a watering can.

The app does not appear to have an inappropriate content, advertisements or in-app purchases, and serves as an educational and age-appropriate app for young children.

No in app purchasing found at the time of this review.