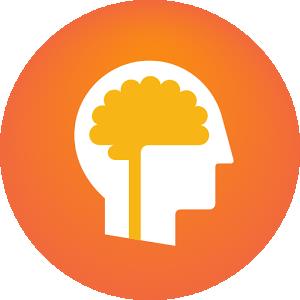 This review of Luminosity was completed by the Australian Council on Children and the Media (ACCM) on 24 June 2014.

This review of Luminosity contains the following information:

This app does not have levels, but the app was played for approximately 3 hours in total.

Luminosity is an app designed by neuroscientists that acts as a personal training program for a player’s brain – it is broken down into five categories of cognitive learning, and contains games related to each which challenge the abilities of players. The objective of the app is to play through the games each day and improve an individual’s cognitive abilities in regards to speed, memory, attention, problem solving and flexibility. The skills needed to play include a wide range of cognitive ones associated with the aforementioned abilities.

When the app is opened, a very cleanly designed and simple page appears which states that Luminosity will ‘Challenge your brain with scientifically designed training.’ It contains a vector-style image of a human head and brain cut into a pie chart, demonstrating that the app tests Memory, Speed, Attention, Problem Solving and Flexibility. Players have two options to choose from: ‘Let’s Get Started’ or ‘Already a Member?’. For the latter, players may log in via Facebook or with an email address and password. If players opt to get started immediately, they are asked what aspects of their memory they would like to train.

After players choose as few or as many items as they would like, they are again told that they must sign in with an email address or Facebook in order to play through the app. Players are then asked to enter their gender, level of education (ranging from Incomplete High School, up to a PhD), as well as how the player heard about the app (this includes options such as Google Play, Facebook, the radio, newspapers or magazines, etc). Players are then given a breakdown of how Luminosity works: ‘You told us your goals. Now we’ll create a training program for you. Your program will adapt based on your performance. Train 3-5 days a week to challenge your brain’. Players are informed that it is possible to train via their mobile device, as well as a computer or laptop when at home – doing the latter allows players access to even more games and tracking tools.

When the app begins, players are presented with a problem solving challenge involving Quantitative Reasoning (‘understanding numerical concepts and relationships to solve problems’). There is a ‘Best Score’ and ‘Best Stat’ segment, and players are presented with an equation on two cards: ‘8 – 2’ and ‘6 + 3’, and are told to tap the card with a greater value. If the value of the two cards is equal, players tap the equal button. Players must answer 5 correctly in a row in order to earn a 10 second bonus, allowing them to answer more questions and earn a better score. Once finishing a level, players receive a small message stating “Nice work! You received ____ (with the player’s score)!”. It is then possible to replay the game, or to move on to the next recommended game.

The next game is a Flexibility one related to Task Switching (‘the process of adapting to changing circumstances, switching from one goal to another’). Players are told that a group of orange or green leaves will appear on the screen, and these will move horizontally or vertically. When green leaves appear, players must swipe in the direction they point. Conversely, when orange leaves appear, swipe in the direction they move.

The first speed game involves Information Processing (‘the initial identification and analysis of incoming sensory input’). In this game, a symbol will appear on a card and players are asked to remember it. Using their memory, players must compare each new symbol shown to the previous one, and tap either Yes or No to indicate whether they match.

After completing the above games, the app tells players that they have now completed their training for the day. They are shown a weekly timeline, and a tick is placed on Monday – players are given very positive feedback, such as ‘Great work today! Come back tomorrow to take another step toward a better brain’. Players can opt to continue playing at this point, and may redo the challenges they just completed. Another two games remain locked and cannot be played, and players are informed that ‘Our neuroscientists and game designers are currently developing new challenges. Get the best workout by training on mobile and web. Access 40+ games on your computer at www.luminosity.com’.

Players have the option of looking at their LPI (Luminosity Performance Index) – this is a standardized scale calculated from their game scores, and helps players compare their strengths and weaknesses across games that challenge different cognitive abilities. The overall LPI is averaged from game scores in all five brain areas.

It is possible for users to compare how they rank against other individuals who play Luminosity. However, in order to do this, players must upgrade to Luminosity Premium. Doing this allows players to obtain a personalized daily workouts with 5 games, track their progress and compare with others, and also unlock all of the games (5 on mobile, and 45 on computer). The packages are $11.95 for one month, and $59.95 for one year. The app has highly customizable settings, and users may receive emails and training reminds (or elect to set their training reminders according to a schedule which suits them). It is possible to adjust the types of games that appear in a player’s training session (although this a feature only available to paid subscribers), as well as change a range of other settings.

The app does not appear to pose any risk to players, aside from the potential for making a purchase and upgrading to the premium version of the app. However, it may provide many positive and educational benefits in regards to challenging intellectual and cognitive capacities.

It is possible for users to upgrade to Luminosity Premium. Doing this allows players to obtain a personalized daily workouts with 5 games, track their progress and compare with others, and also unlock all of the games (5 on mobile, and 45 on computer). The packages are $11.95 for one month, and $59.95 for one year.

Players are encouraged to connect to Facebook, and are also given the option to compare how they rank against other individuals who play Luminosity.

The app advertises the upgraded version of Luminosity, but has no advertisements for any external apps.