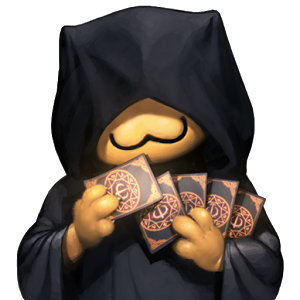 This review of Mabinogi Duel was completed by the Australian Council on Children and the Media (ACCM) on 1 October 2015.

This review of Mabinogi Duel contains the following information:

This review focuses on levels: 1-6.

Mabinogi Duel is a turn-based role-playing game that involves utilising card characters to battle opponents. The objective of the game is to collect and trade cards, and to use these characters in battles to fight enemies as part of a storyline. Players earn in-game rewards by doing this. There are limited skills needed, but visual and motor skills assist in gameplay.

When the app is first installed and opened, players are asked to either sign in with an existing ID, or create a new ID. Upon creating a new ID, players are asked to type in a username ‘that won’t offend others’. Players are then shown a scary animation – there is a man in a hooded red robe, as well as a very large mechanical figure looking foreboding in the distance. The scene is dark and rainy, and another giant shadowy monster soon appears. There is also a female character wearing armour and holding a sword – she makes a threatening comment about destroying the monster.

Players are shown another brief animation stating that they will become part of the world by travelling with two other characters, Remiel and Sarah. Gameplay begins when players witness the beginnings of a card battle – there are two Goblins in the centre of the screen on card images, and players must tap on their own Elf cards to battle against them. Each card has different statistics regarding health and attack damage, as do the opponents. Players must drag the card up towards the enemy card in order to activate an attack. The game presents ‘attacking’ as small bursts of light/explosions from one card to another – no blood is seen, and no wounds are presented. After a battle, players win rewards in the form of gold coins and experience points.

Enemies take the form of stereotypical monsters such as Goblins, Skeletons, etc. During battles, the cards will talk back to players – for example, a card with a large lion on it Rawws and asks to be placed into battle to support the other character cards. Players are able to create new decks with a different range of attack cards at any time. Players also have the option of selling cards for in-game coins.

The app contains several video tutorials regarding how to play, as well as an option to Add Friends by typing in their username. If a friend accepts the request, players are then able to trade cards with their friends.

The app may require supervision for younger players, with horror-type themes and imagery during the cut-scenes, as well as a highly sexualised presentation of female characters (see Gender Stereotypes and Sexual References), and mild animated violence within the card battles.

Players have the option to Add Friends by typing in their specific username. If a friend accepts the request, players are then able to trade cards with their friends.

Within the game, some of the female characters are presented in a highly sexualised manner, wearing very revealing clothing.