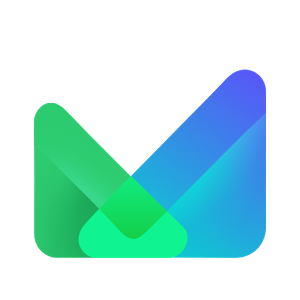 Mathspace is an educational mathematics-based game that offers activites to work through. Caution: Subscription

This review of Mathspace was completed by the Australian Council on Children and the Media (ACCM) on 8 February 2016.

This review of Mathspace contains the following information:

This app was played for approximately 1 hour

Mathspace is an educational app that allows players to work through mathematical equations from a wide variety of math topics. The objective of the game is to complete a set number of exercises per day from a variety of maths-related areas. There are many mathematical skills involved in playing through this app, spanning the subjects of basic addition and subtraction, as well as more complex calculations involving square roots, problem solving puzzles, geometry, etc.

When the app is initially opened, players are brought to a login screen where they must either login with an existing username and password, or create an account. When creating an account, users are asked several questions – they are able to state whether they are a student, parent or teacher (each of these options offers different features); whether they are signing up via a school or as an individual; the difficulty level they wish to start with (the app includes Australian Curriculums at varying levels, as well as overseas curriculums from the United States, United Kingdom, and other countries); particular topic areas of interest that users would like to practice (such as ‘number revision’, ‘equations’, ‘measurement’, etc); as well as the number of exercises per week users would like to work through.

Players are also told that the app will ‘send an email to your parent to reward you for doing maths. Make your request reasonable to make it more likely they will support you’ – users (either via the student or parent account) are then able to choose a ‘weekly reward’ in the form of currency, ranging from $5 up to $100. The premise of the app is that parents will pay this amount weekly, but it will be refunded to the child in the form of pocket money if they child completes all of their exercises each week. Users are subsequently instructed to create an account (the first week of which is free) by entering in a parent email, a student email, a full name and a password.

The app then welcomes users with a Benjamin Franklin quote – the home page lists the number of exercises to do, the number that has been done, and also contains a large start button. There is a side menu which offers additional options, including viewing specific topics within the chosen curriculum (and the percentage of exercises that have been completed within each category); the ability to ‘Join a Class’ if users enter the code of a class they would like to join; as well as a section containing printable E-Books with questions on particular topics.

When users begin gameplay, they are presented with an instructional screen – it shows that players are provided with a question, they must then hand-write their next step on the screen and click the ‘Check’ button to see if their answer was correct. For example, players are presented with a question such as ‘1. Write the next 3 consecutive odd numbers after 597’. Players must then handwrite their answers in with their finger, and the app then converts these to text (to mimic pen and paper-style work). Once a user enters ‘599, 601, 603’, they can tap on the tick icon to check their answer – if it is correct, they may continue on to the next activity. Players have the option of deleting an answer they have input if they believe it is incorrect, and are also able to access hints if they are struggling. For example, for the question ‘Is 5368 divisible by 5?’, the hint provided states ‘A number is divisible by 5 if the last digit is either a 5 or a 0’.

There is considerable educational capacity within the app in relation to basic and complex mathematical processes, making this app a potential learning tool. There are no in-app purchases, and no advertisements were seen during the course of the review.

No in app purchases offered.

Players are required to create a Mathspace account in order to play – they need a valid email address in order to do this.