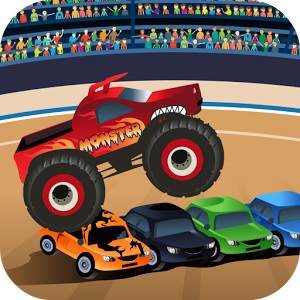 Large wheeled trucks are driven over rugged terrain with the objective of crushing cars along the track.. Not recommended under 13, Parental Guidance 13-17. Caution: advertising; in-app purchases and online interactivity.

This review of Monster Trucks Game for Toddlers and Kids was completed by the Australian Council on Children and the Media (ACCM) on 26 February 2017.

This review of Monster Trucks Game for Toddlers and Kids contains the following information:

This review focusses on levels 1-20

This is a driving game that rewards the player for crushing cars along the navigated track, with a gold coin earned for every car that is crushed (maximum of 5 coins available per level). Coins are also earned by popping balloons at the end of the level, where the player is intermittently rewarded with the discovery of an additional coin inside the balloon.    Gold coins are used to buy additional trucks and access to all 30 levels.

Large accelerator, reverse and jump buttons are pressed, often simultaneously to navigate the track and crush cars. Interactive horn and music buttons are also available. The game requires good hand-eye co-ordination and the ability to use both hands simultaneously.

TIPS: Players can experiment with alternating pressing the accelerator button and allowing the car to coast, to avoid missing some of the vehicles.

The home page features a banner ad across the top and buttons to access more games by the developer. Users can also remove ads and unlock all content by purchasing the paid version.  All of these functions require online connectivity (to the app store or product website), but actual play does not and no personal information is sought to begin game play.

At both the home screen and balloon pop game, players are able to click on ads for apps and sometimes products, often inappropriate for children, which take them to the App store or product website. Closing the ad launches a data collection request as to why the ad was closed, with this information shared with Google ads.

The game is described as “simple” however, very young children would find using two hands simultaneously to play challenging. The App does offer the opportunity to develop this skill. Due to the high level of advertising and online connectivity, this app is not recommended to children under 13. Parental Guidance is recommended for 13 – 17 year olds. 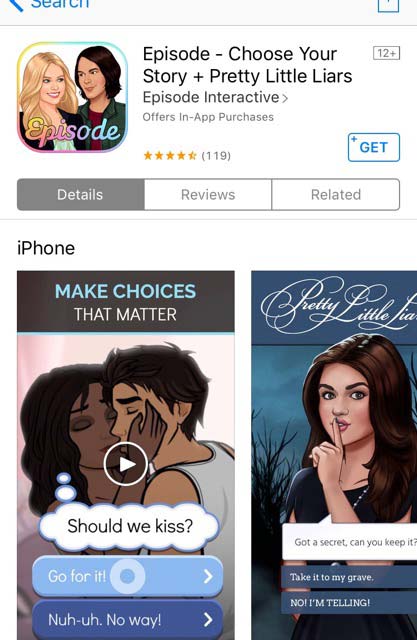