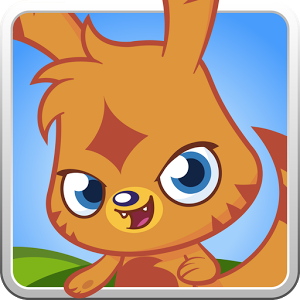 This review of Moshi Monsters Village was completed by the Australian Council on Children and the Media (ACCM) on 17 September 2015.

This review of Moshi Monsters Village contains the following information:

This review focuses on levels 1 to 10.

Moshi Monsters Village is a timer and quest app based on the creatures of the Moshi Monsters universe. The objective of the game is to build a habitat for the Moshlings, with houses and farms, etc, thus increasing the resources that can be used to take care of the monsters. There are limited skills needed, but strategy and motor skills may be useful.

When the app is first installed and opened, a pop-up notice appears which states that whilst Moshi Monsters Village is free to play, individuals can get extra ‘Rox’ (used to speed up buildings) and ‘Coins’ by buying Super Moshi Packs – these cost real money and are charged to a player’s account. This is followed by an animated video of a character driving towards some Moshi Monsters. The app then asks players how old they are, and suggests they connect via Facebook in order to earn ten free Rox. Players are then given a choice of six different Moshi Monsters to select as their own character, who they will play as.

Players are then welcomed by another character named Buster Bumblechops. Individuals play Buster’s apprentice, and are given the first task of building a home for another Moshling. In order to do this, players access the in-game Shop where they can purchase a ‘Small Fluffies House’ for 200 coins. Players can then select where they place the house via a top-down view. After this, they may watch as the house is built, or can alternatively tap the ‘Hurry’ button and utilise Rox to instantly finish the building. This is a timer-and-quest feature within the app. Once completed, buildings earn experience points that allow players to level up and ‘unlock cool rewards’.

Players are encouraged to have Moshlings living in the buildings they make, as this helps them earn in-game coins. Moshlings that have a home can also be ‘cared for’, and players are able to complete quests that help fulfil their needs. This involves things such as ‘Honey is hungry! Let’s grow some food’. Players are then instructed to build a farm from scratch, which they can purchase from the Shop. They are then able to collect fairy cakes from the farm.

Each Moshling has several categories of needs to satisfy – this includes being fed, washed and tickled/loved. Moshlings who are fed and cared for level up more quickly. The higher the level of the Moshling, the more coins they will earn. Rewards can be collected after quests and missions are completed, which usually takes the form of coins and experience points. When players level up, new buildings are also unlocked that players are able to utilise and build.

In order to make Moshlings happy, they must be tickled. This involves swiping left to right across the device screen where the Moshling is standing – this earns addition experience points.

There are some scary themes, and an evil character named Dr Strangeglove who is continually kidnapping Moshlings. In order to rescue Moshlings, players must complete a mini-game where they tap on small attacking Moshlings in order to prevent them from hurting the others. After they have defeated all of the evil Moshlings, players are able to free the good Moshlings from their cages. This also earns then coins each time. There is no overt violence shown, and once the evil Moshlings are tapped, they simply fall off the screen.

With each new building, more Moshlings are able to move into the habitat. As a result, players can continually earn more resources, experience points and coins, thus encouraging a cycle of expanding the habitat and inviting increasing numbers of Moshlings into the community.

Players are able to upgrade to Super Mosh, which offers additional rewards and extra areas to explore. This can be done by ordering a Snack Pack for $3.79 (players are given 25 Rox and 10,000 coins), the Fan pack for $4.99 (which rewards 75 Rox and 15,000 coins) or the Epic Pack for $22.99 (for 500 Rox and 25,000 coins). However, if players are under 16 years of age, they must have their parent’s permission before downloading the app or making an in-app purchase. It is also possible to disable in-app purchases in the device settings.

When the app is opened, players are invited to connect via Facebook in order to earn ten free Rox. When players level up, they are also encouraged to share their progress via social media outlets such as Facebook.

The timer-and-quest nature of the app does encourage making in-app purchases.