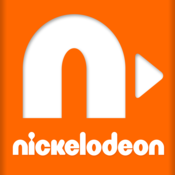 A games and entertainment app

This review of Nick Play was completed by the Australian Council on Children and the Media (ACCM) on 29 November 2015.

This review of Nick Play contains the following information:

This app contains inbuilt games which were reviewed to level 3.

Nick Play is an app where players can watch Nickelodeon episodes and play games from their favourite television shows.

Nick Play includes short clips from Nickelodeon shows, full episodes (if you have a cable television login) and games based on Nickelodeon television shows. An example of one of these games is ‘Suga Rush’ based on the television show ‘Supa Phresh’. In the game, the player clicks the arrows up and down to collect sweets to fill up their candy cane. The player must avoid monsters who take sugar from their candy cane. In the game ‘Gone Missing’, Patrick must search for Spongebob in a haunted house. The player uses the arrow keys to move around and jump. They player must flash a light at ghosts to avoid them taking one of Patrick’s lives.

The games on Nick Play are primarily swipe and tap games where the player has to avoid and collect certain objects. The suitability levels of the games depend on the content of the television show that the game is based on. This app is recommended for 12+ due to the advertising content (see Advertising for more detail) and because the Nickelodeon television shows are typically aimed at this age group. This app is not recommended for education or learning, it is an entertainment based app.

Some of the television shows may include gender stereotypes and sexual references. See the classification ratings for each show. However, none were found in the games.

Some of the television shows may include coarse language. See the classification ratings for each show. However, none were found in the games.

Some of the television shows may include violence. See the classification ratings for each show. Some of the inbuilt games also included violence and scary material. One of the characters if ‘Suga Rush’ sat in a tank with a gun. In ‘Gone Missing’ the ghosts and monsters may be scary for younger children. In ‘Turtleportation’ the Teenage Mutant Ninja Turtles fight monsters with ninja stars and other weapons.