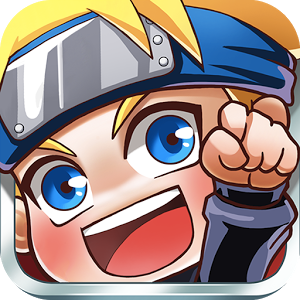 This review of Ninja Heroes was completed by the Australian Council on Children and the Media (ACCM) on 10 May 2015.

This review of Ninja Heroes contains the following information:

Ninja Heroes is a role-playing app involving the training and battling of ninjas. The objective of the game is to train up a team of ninjas, upgrade their skills, collect items and rewards, and use ninjas to battle opponents. There are limited skills needed, but visual and motor skills assist in gameplay, as well as some strategy skills.

When the app is opened, players are taken to a screen that indicates that they must sign in via either Facebook or Google+ in order to proceed to gameplay. After clicking play, players are shown an animated cut sequence where the moon in the sky gradually transforms into a large spinning red circle. After this, a giant red monster is seen in the sky, and appears to create an explosion above a city. Text then appears on the screen that states ‘Today will be the end of Hidden Leaf Village and the start of a perfect world!’. A small character named Jiraiya then responds by stating ‘Who is it? How dare you raid Hidden Leaf Village? So our Great Three Ninjas are belittled’. The exchange continues, until an animated battle sequence is shown. The character and monster battle each other, and large explosions can be seen in addition to health bars being progressively drained with each attack. Jiraiya eventually sends in a group of men to help in the battle, and the battle is won.

The app then continues after a 12-year gap, and players are introduced to two characters named Naruto and Sakura. They discuss how Naruto has a trial tomorrow to become a Hokage, and needs to find his teacher Iruka to practice. Players are able to go to Ninja School to read up about various fighting styles. Characters also engage in animated battles with other characters to practice their skills, where the characters are seen to launch forward and attack each other in puffs of explosive smoke. Players are informed that VIP3 (after they have made in-app purchases) have the option of skipping the battle sequence. Before battles, players are provided with statistics about how many gold coins it will cost to play, the enemy formation of the opposing team, the stage reward (in the form of experience points), as well as other possible rewards in the form of items. After a battle is won, players are presented with a victory screen, as well as statistics on what they have earned as a result of their win.

The app additionally contains Daily Events, which offer rewards such as coins or free items. These can be done once a day, up to five times a day for some events. For instance, in the event Whack a Ninja, a ninja will appear 20 times and players must ‘smash’ the ninjas 6 times before they leave.

Players can also ‘capture’ other ninjas in order to add them to their team. The app contains quests to complete which offer rewards – these include things such as ‘Successfully capture one Level-D ninja’, etc. It is further possible to Enhance, Refine, Disassemble and Synthesise items and skills – doing this costs the player’s items, but also increases the attack for their ninjas.

The app contains a chat function that opens at level 20, which can be utilized by players to communicate with and message other individuals playing the game. Players also have an inbox where they can receive updates from the game, as well as send private messages to other players.