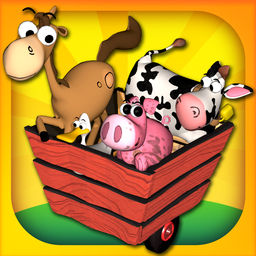 This is a musical app that plays “Old Macdonald” for each of five different animals on a farm. Hidden items are found as each animal and its surroundings are tapped. Caution: in-app purchases.

This review of Old MacDonald Had a Farm, Sing & Play was completed by the Australian Council on Children and the Media (ACCM) on 16 March 2017.

This review of Old MacDonald Had a Farm, Sing & Play contains the following information:

This game uses 3D animation to introduce five animals and their location on a farm as each verse of “Old Macdonald” is played in the background. At each location different areas can be tapped to reveal hidden objects or animate the static item, before returning to the home screen to select another animal.

The free version of this app only provides access to the pig with glimpses of the other four animals. At each scene, items can be tapped to animate or move. For example, for the cat, tapping the cupboard in the kitchen allows a jack in the box to pop out, whilst tapping a pond animates frogs near the duck. After a brief animated movement, the item returns to its previous position. The animal itself can also be tapped to animate. The player is congratulated on the number of items found and can return to the home screen to select another animal by tapping a back arrow.

Children will enjoy the bright pictures and the 3D effect as items on the farm and in the farmhouse appear to pop out of the screen. There is opportunity to learn the name of the animal, as it is spoken when it is tapped. However, because this is said in a poorly enunciated child’s voice, some words are difficult to discern. Each verse of “Old Macdonald” for the animal is sung only once and the music, without words, is then played on a loop until the player taps the arrow to return to the home screen. This provides limited stimulation for the child and doesn’t provide much opportunity to learn the words. Each scene has a few spots to explore and animate, but these are quickly found. The brief animation of a found item is also quickly reversed with the item returning to its previous position. The quirky appearance of an alien spaceship above the cow paddock, which can be animated to beam a cow up will amuse players the first time, but overall the lack of functionality and real game play may be frustrating. The wording “congratulations, you found heaps” is also poorly expressed and given the audience is under 5’s, parental co-play would be required to read the instructions. . 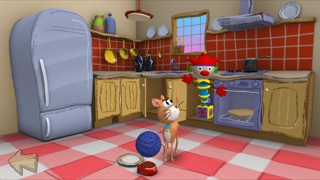 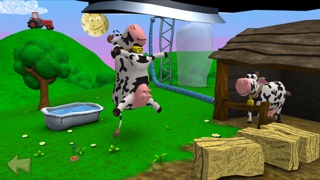 The full version app is advertised within the free app, which only provides access to the pig and a brief glimpse of each of the other animals. The full version unlocks another 4 animals (horse, cow, duck and cat. Access to the app store to purchase the full app is protected by the need to scroll a dial to match number names, making this accessible to competent readers.