Pirates of the Caribbean: Tides of War - JOYCITY Corp 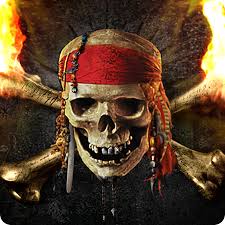 Showcasing the characters, ships, and storylines from the Pirates of Caribbean movies, this fantasy adventure game allows players to strategize their victory through building, harvesting, ship construction and naval battles. Not suitable for children under 13 years and parental supervision recommended for online chat/online connectivity features.

This review of Pirates of the Caribbean: Tides of War was completed by the Australian Council on Children and the Media (ACCM) on 18 June 2017.

This review of Pirates of the Caribbean: Tides of War contains the following information:

The game was played to level 3 for approximately 2 hours in total.

This supernatural themed game allows players to select from a variety of pirate characters, name themselves and battle against each other or defeat common sea monsters. Jack Sparrow and other favourites from the movie franchise like Captain Barbossa and Will Turner appear in the game to help players navigate activities and guide missions. Online connectivity and chat options allow players to form alliances with other players or attack each other in naval battles. Caution: online chat options allow players to talk directly to each other privately and via group chat with aggressive comments and coarse language quickly evident in group chat. The game is free to download, but gold is required to repair ships and hire crew etc. Gold can be earned within the game or purchased through the app store (prices vary from $1.49-$159.99) with ease if restrictions are not set up on the device.

The ability to link the player’s account through Google Play or Facebook and to link to an email address creates a significant risk of providing identifiable information online. The online group and private chat facility also provide a genuine risk of online bullying and abuse. Players can battle against other players from all over the world and the game is able to be played in 15 different languages.The game also includes regular ‘push’ notifications of upcoming battles including attacks on your own fleet with regular inducements to return to play. This may lead to excessive time engaged in play.

The in-app advertising of additional paid content and the ability to progress to higher levels with the purchase of more resources may lead to significant expense. Therefore, in-app purchasing restrictions are recommended. Despite the developer’s age recommendation of 12 years, the end user agreement states that players agree they are at least 13 years to play and that their parent or guardian agrees to the terms of the play on their behalf, including being charged for additional content – up to $159 on the first two levels.

No advertising of other games but constant push notifications to return to play function as advertising for the game itself.

Female pirates are usually depicted in a sexualised stereotypical way in tight fitting clothing with exposed cleavage and male pirates are equally stereotyped as aggressive, violent and drunken.

As a pirate themed game, fighting, drinking, gambling, and stealing goods from merchant ships are a feature of play. Combat frequently involves cannon fire between ships, hunting sea monsters, and the occasional duel between sailors. As part of the Pirates of Caribbean movie franchise, supernatural/scary themes are a part of play.