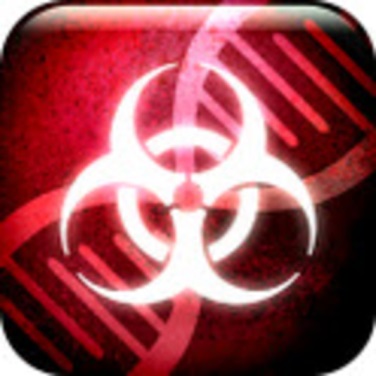 A strategy game where you try to destroy the world. Caution: violence, in-app purchasing and possible interactivity

This review of Plague Inc was completed by the Australian Council on Children and the Media (ACCM) on 24 April 2014.

This review of Plague Inc contains the following information:

Played through the three levels of difficulty on the first two (out of 12) disease types.

In this game of strategy the player must release a disease on a starting country and then evolve it so it spreads throughout the world. The aim of this game is to infect and kill everyone on the planet.

The game begins when the player chooses the disease type, the level of difficulty and the name of the disease. Players start with a bacteria disease and can unlock other diseases throughout the game or can buy them with real money (see in app purchasing for more detail).

The player is then shown a map of the world and they must choose which country to infect first. Throughout the game certain prompts will appear to help the player along. At this point in the game the player is prompted to choose a poor country to infect because they do not have the medicine to prevent infection and therefore their disease will spread faster.

Once you have started your disease, the player can watch the red dots spread across the world. These dots signify the spread of infection. A counter also signifies how many people in the world are infected. The player can increase the spread or lethality of their disease by evolving it. As the disease spreads, the player earns DNA points. With these points you can buy certain symptoms and abilities to evolve your disease. There are three categories of evolving, they are: transmission, symptoms and abilities. Transmission allows the disease to spread faster in certain countries, for example, the player can buy ‘air transmission’ which increases infectivity in arid environments. Symptoms are used to increase the lethality of the disease (see violence for more details on symptoms). A player can use abilities to protect the disease against a cure. For example, you can buy drug resistance, which slows down the cure.

As your disease spreads further around the world, and becomes more infectious and lethal, countries will begin to develop a cure. The game is then a race. In order to win the player must kill everyone before the cure is found.

While, this game has questionable ethics, it has elements which can be educational. The map of the world can help with learning geography. When you click on a country the app will provide the name and a brief description of that country. Players can also learn some biology concepts, such as, how the mutation and evolution of a disease can influence its abilities and symptoms. This game also relies on a lot of strategic thinking.

The paid version of the app (on iTunes) contains no advertising. The free version (on google play) has a bar in the lower part of the screen which shows ads for other app games.

Violence: While the game does not depict any graphic deaths or violence, the aim is to infect and kill everyone. The game screen shows a top down view of the world and the spread of infection is shown through multiplying red dots. There is also a death and infection counter which has a skull icon.

There are graphic descriptions of the possible symptoms that the disease can have. For example, Necrosis is described as “large swathes of infected tissue lose blood supply and become fatal sources of gangrene. Decomposed bodies remain a vector of transmission”.

As you are playing the game the app will also show you news updates from the world, for example, explaining that certain countries are in anarchy or that their government has collapsed.