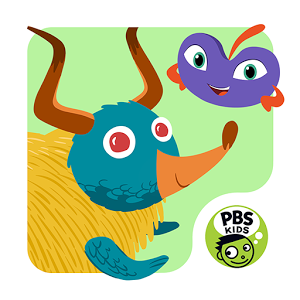 Plum;s Creaturizer is an app based on creativity and photography

This review of Plum's Creaturizer was completed by the Australian Council on Children and the Media (ACCM) on 20 February 2016.

This review of Plum's Creaturizer contains the following information:

This app was reviewed for approximately 45 minutes

Plum’s Creaturize is a creative app that allows players to construct/design creatures of their choosing. The objective of the game is to create various creatures by selecting particular body parts in different colours, shapes and styles, and then to take photographs of these creatures against backdrops in real-life. The skills involved in playing this app including creativity, as well as motor skills to use the various functions of the app.

When the app is first installed, players are brought to a home screen that displays an image of an animated plum with eyes, as well as several icon options. Players can click to view a gallery of creatures, as well as click on an icon to build creatures of their own. To build creatures, players must tap a red button in order to make a random creature – once a randomised creature is presented, players are instructed to tap on random body parts in order to change them. For instance, players can tap on the main midsection of an animal, and scroll through a selection of different sized, shaped and coloured body parts. The same principle is used for the head, legs, arms and wings. Once a player is done, the app informs them to ‘Check that it’s ok with a grown-up, then head outdoors to take some photos!’. They are they asked to choose a mission (e.g. Predator, Defend, Listen or Friends’) – for example, if players select Predator, they are instructed to ‘take a picture of it using its huge jaws!’. Players can then resize their creature, move the placement around the screen, and take an image of the creature on whatever backdrop the phone’s camera is pointed towards. After players have taken four photographs with their creature, they receive a congratulations message and are able to view a slideshow of their images.

There is a section of the app which is only accessible by parents – this is locked by asking a question such as ‘To access information for parents, please enter this code in digits: ONE, ZERO, SEVEN, TWO, EIGHT’. This allows parents to view information about the app, instructions of how to play, information about funders as well as privacy.

Additionally, there is a ‘More Apps’ icon on the home page which can also only be accessed by passing the parental lock. Once this is opened, parents are presented with various other PBS Kids apps – some are free, whilst some are paid apps (e.g. Wild Kratts World Adventure, costing $5.47, Dinosaur Train A to Z, costing $5.17, etc). The other apps all appear to be child-friendly.

The app appears to pose no risk to younger players. There is no in-app purchasing, and no advertisements are shown within gameplay. Concerns may arise for slightly older children who are able to answer the pass-coded questions and enter the parental sections of the app, where they may find other paid apps listed for purchase. However, the app predominantly fosters creativity and exploration.

There is no in app purchasing with the childrens are of the app. Older children may be able to answer the pass code questions and enter the parental section of the app where they may find other paid apps listed for purchase.

There are other apps advertised within the More Apps Section, only accessible by parents. Proper advertisements are not shown, although there is a list of apps with prices, and these links take parents directly to the Google Play store where they can be purchased or installed for free.