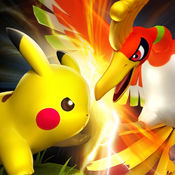 Pokémon Duel is a virtual board game where players use strategy to fight and conquer the opposition. Fine motor skills required as well as good strategy skills. Parental guidance for children aged 9 – 15 due to gambling style features.

This review of Pokemon Duel was completed by the Australian Council on Children and the Media (ACCM) on 18 July 2017.

This review of Pokemon Duel contains the following information:

This game places players in a virtual world where they must use their Pokémon figures in a chess style strategy game to beat their opponent. Players take turns moving their 6 Pokémon on the board in order to reach their opponents side and take ownership of their flag position to win. If figures meet on the same path on the playing field, they must fight to knock each other’s figure out of the game (for a number of turns). The fight is simulated using spinning wheels. The 2 wheels spin at the same time and once pressed, the wheel stops – indicating the type and strength of the attack – and hence who wins that battle. Winning battles earns the player gems and coins which can be used to unlock more Pokémon or make upgrades to existing ones. Players can either play against the computer or against other real players online.

There are some positive elements to this game which many other apps don’t have; Firstly, the below screen appears every time you enter the app; 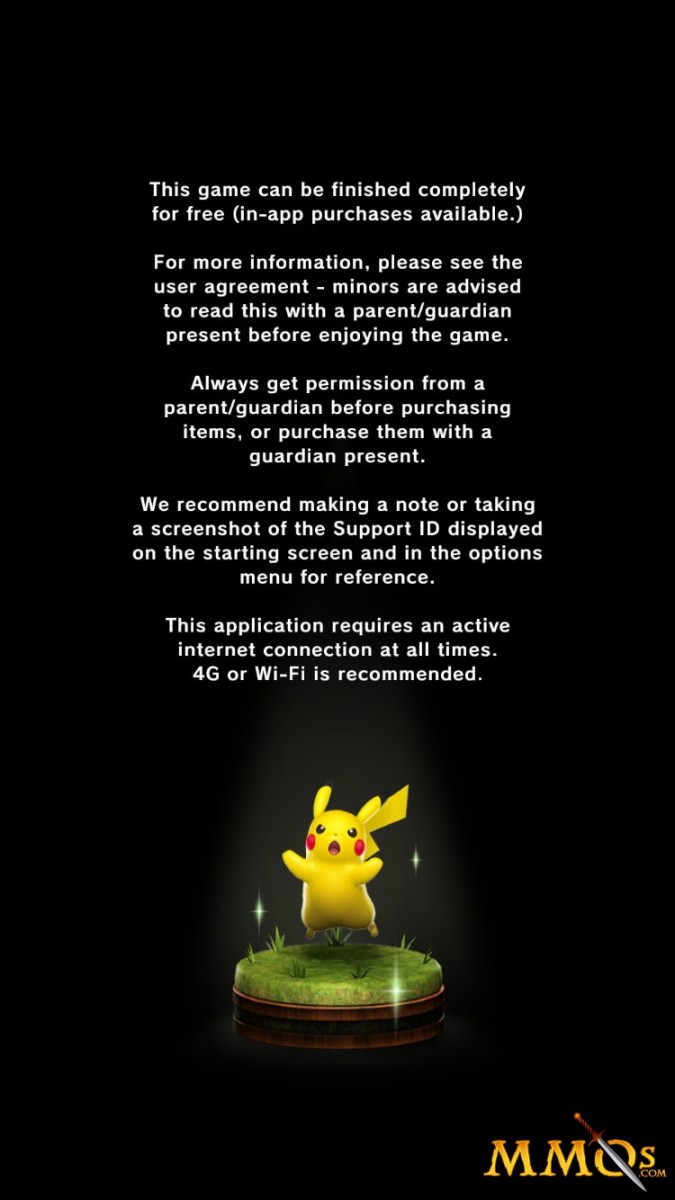 Secondly, there doesn’t appear to be any social media connectivity or ability to communicate to other online players. Lastly, the game asks you to input a “nickname” with the accompanying message: “Nicknames will be displayed publicly…..Please do not enter personal information”. Whilst these are all great elements, there are other features that are of concern.

Although there is some strategy in which Pokémon figures you use, and which paths you choose to take on the board – primarily, battles are decided based on chance (via spinning the wheel). As multiple battles take place per game, the spinning of the wheel becomes a very consistent and prominent feature of the game. Whilst this wheel spinning feature is not really gambling per se (there’s no real unrecoverable loss in losing a spin – as your figure only bows out of the game for a small amount of turns before it is usable again), it is indicative of gambling in the sense that there is a certain degree of risk for reward. Some may argue against this as there is strategy involved – you can choose your figures based on which figures that your opponent has chosen to use and you can choose the path you take to attempt to avoid a battle. However, like Black Jack, although good players can use strategy based on statistics and probability reasoning, ultimately the risk of loss is always present and mostly determined by chance. Some parents may be concerned about this behaviour, particularly if it is habit forming and generalizable across different games and formats which represent real gambling.

Before being allowed into the purchasing area – this game always shows a screen asking the player if they sort permission from a parent or guardian first. There is also a monthly limit to which purchases can be made.