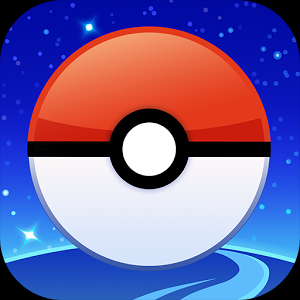 This review of Pokemon Go! (2016) contains the following information:

This app was reviewed to the achievement of level 10.

Pokémon GO is a GPS based augmented reality game based on the popular children’s franchise. The objective is to walk around, locating and capturing a wide variety of Pokémon, and then using these Pokémon to battle other players Pokémon. The skills required are physical fitness, reaction times, and strategy. To participate in this app game, players are required to physically visit game locations which are in places such as public parks and buildings.

When the app is first opened, the player is shown a sign-up screen indicating that they can sign in with either a Google account, a Facebook account, or a Pokémon Trainer Club account. The player can also read the privacy policy. Once the player has created and signed into an account, a popup appears on the screen suggesting the player to be alert at all times and stay aware of their surroundings. This must be manually closed. The player is then shown the terms of service, and has to agree to them. On the same page is a tick box that will send regular Pokémon GO related emails to the user’s email address. This has to be manually de-selected.

Once the player has accepted the terms and conditions, they are greeted by an on-screen popup with a picture of a character who introduces themselves as Professor Willow. The Professor asks the character to choose their style, where players can choose a traditionally male or female style. The player can then go on and customise their appearance, changing their hair colour, and clothing style.

Once the player has customised their appearance, they are taught to catch Pokémon by the Professor. They are then instructed that as they walk around and discover locations in the real world, some locations are designated Pokéstops. These are places where players can restock their supplies of Pokeballs and other random game play items. Players can look at their device, and see several Pokémon symbols with relative distances represented by a number of foostep symbols (1-3). As the player walks around, they will get closer to various GPS locations of Pokémon, and their device will notify them when they are in range and can catch a Pokémon. Additionally, players can purchase items to lure Pokémon to them for a set period of time. These can be purchased with in-game currency, called pokécoins, purchasable for real world money. see in-app purchases.

As player catch more Pokémon, they are rewarded with experience, Pokémon candies for the respective species, and stardust. These items give the player the ability to level up and evolve their Pokémon. Players also periodically pick up eggs. By placing an egg in an Egg Incubator a player can hatch a Pokémon by walking a distance of between 2-5km.

As the player reaches level 5, they are able to join one of three in-game factions, and battle in-game Pokémon gyms. Players can challenge others who have captured the local gyms in the area, and take over a gym for their respective faction. Doing so, players will use their Pokémon in battle against other Pokémon. No overt violence is shown, but cartoon violence can be seen.

This game requires extensive walking around within a variety of outdoor environments. This presents a number of risks to children that are not usually present in other app style games. These risks include face to face interactions with other people and the usual physical hazards of being outdoors, such as roads, water bodies, cliffs and stairs etc. Children can become unaware of their physical safety when looking at, and or engaged with activity on mobile devices.

The Office of Children’s eSafety Commissioner has provided the following information for parents.