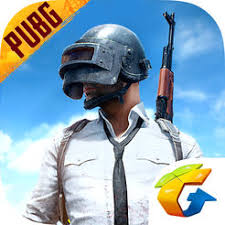 This app is a first-person shooter, fight to the death game. Players need good co-ordination, strategic planning and fine motor skills. Due to frequent graphic violence and social/online connectivity this game is not suitable for anyone below the age of 18.

This review of PUBG was completed by the Australian Council on Children and the Media (ACCM) on 17 May 2018.

This review of PUBG contains the following information:

Players begin the game by parachuting from an airplane, onto an island. Once on ground, they must quickly find guns, ammunition, helmets, bullet proof vests etc, by looting abandoned houses and sheds. This enables the player to engage in combat with other on-line players. Direction and movement is achieved by co-ordinating the virtual joy stick (left) and swiping (right). Other movements are achieved through corresponding buttons (crouch, jump, aim guns etc.). The aim of the game is to outlast the other 99 players on the island and to be the last person standing – similar in concept to the movie “Hunger Games”. Players must also move on the island in accordance to the zoned area - a circle which overlaps the island and gradually shrinks – ensuring that players can’t keep hiding on the outer rims. Being caught outside of the zone for too long will eventually kill the player. There are different modes of play which include: Solo, Duo, Squad and 1 vs Squad.

PUBG is a very violent and graphic game. The premise is basically: kill or be killed. This is mostly achieved through gun fire – however, you can also run players over in cars, blow them up with grenades and attack them with frying pans and sickles. In most cases, attacks result in blood splatter. In Squad mode (teams of 4), when a team member gets shot (but doesn’t die), they fall to the ground and can only crawl. Other team members can revive them, but if they are too busy defending themselves, the downed team mate is often finished off when the enemy comes in close and shoots them in the head.

Parents need to be aware that communication between players is possible – not only through messaging but through the devices microphone – which allows players to talk with each other in real time (this is optional and needs to be switched on by the player). Players can also sign into the game through Facebook. ACCM would not recommend this game for anyone under 18.

Players can choose either male or female avatars.

Please see reviewer comments above regarding violence and graphics in this game.