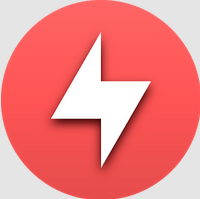 Described as the world’s largest trivia game, QuizUp is a game organised into over 400 pop culture and educational subcategories of trivia wherein multiple choice questions are answered. Players are matched with others from across the world exploring the same category.

This review of QuizUp was completed by the Australian Council on Children and the Media (ACCM) on 2 April 2014.

This review of QuizUp contains the following information:

QuizUp has had over 10 million players engage in this trivia game, where individuals can challenge friends or be matched with other players from around the world. There are 200,000 questions to choose from within categories such as education, geography, movies, music, literature and sports. The objectives are to win against your opponent in answering sets of trivia questions, in order to earn XP (to level faster). The game is based on knowledge and memory skills, as well as problem-solving skills for the education-based categories.

This game allows individuals to match their knowledge against friends or other random players in order to level up and rank up in the leaderboards. The leaderboard can be viewed in terms of players nearby geographically, those within the same country, and players globally. When playing, individuals choose from one of 447 topics. Before beginning, players input their date of birth, and players are then generally matched with people of similar ages and in-game experience levels. Within each category, there is a ‘Play Now!’ option (where you are paired with other individuals playing the same one), a ‘Challenge’ option (where you can invite friends to play against you), ‘Rankings’, and ‘Discussions’ (where players can post or respond to threads posted by other individuals – on topics related to the game, as well as random unrelated matters). When playing a trivia match, players are provided with a question and four multiple choice answers. They are given ten seconds to select one, and are told immediately whether they (or their opponent) selected the correct response.

There is also a ‘Chat’ option that appears after you’ve played a trivia game against another person, in which you can message your opponent or be messaged by them. This is private and unsupervised, and may pose a serious risk to children or young players who might share personal information or be put at risk by conversing with potentially malicious individuals. The danger of this is magnified by the fact that users can and frequently do utilise their real name and have a photograph posted of themselves, as it is possible to link their QuizUp account to their Facebook profile.

There may be educational benefits when it comes to learning – topics such as maths, spelling, and grammar could be very useful revision for children to work through and supplement their school learning. However, as it is not possible to set the difficulty level of the questions, it may be too challenging or too simple for some players.

Yes: The in-app store has three options to purchase from the ‘XP Booster’ – this is a way for players to boost their XP and level up faster. Each boost lasts for only 1 hour, which encourages continual purchasing. Players can purchase a double XP booster for $2.77, a triple booster for $5.53, or a quadruple booster for $8.28.

Players are encouraged to connect with friends via Facebook or Google+, and match off against individuals on their friends list instead of being randomly matched with players from around the world. QuizUp recommends players ‘Find your friends from other social networks’ because ‘QuizUp is more fun when you challenge your friends’. Players can also view the leaderboard as a list of rankings between themselves and their friends. Players may additionally participate in discussions with other individuals (in the form of threads or private chats). The private chat component is particularly worrying, as it is unsupervised and may encourage young children to have discussions with strangers.

There are references to social networking platforms such as Facebook and Google+ (in relation to connecting with friends and inviting them to play), but it is not advertising as such.

The game encourages players to continue playing in order to level up and gain experience – this may be viewed as (or may progressively become) an addictive behaviour for young children.