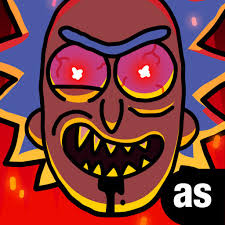 This app is a capture and battle game, similar in style to Pokémon. The developer’s age recommendation is 17+ but ACCM recommend 18+ due to crude humour, suggestive themes and features similar to gambling.

This review of Rick and Morty: Pocket Morties was completed by the Australian Council on Children and the Media (ACCM) on 1 November 2018.

This review of Rick and Morty: Pocket Morties contains the following information:

Played regularly for a couple of weeks.

Rick and Morty: Pocket Morties is based on the popular animated TV series of the same name. The game begins when Rick and a team of Morties from another dimension attack the Rick from another Universe and steal his portal gun. The game requires Rick to capture his own team of Mortys from various dimensions, upskill their fighting abilities and battle other Ricks and Morties. Battles are team against team, with each Morty fighting one on one for their team. Attacks are taken in turn with a limited choice of specific attacks. These are executed simply by pressing on the relevant attack button. Strategy must be used as there is a “rock, paper, scissor” element to battle (e.g. if a Morty bearing a “rock” symbol appears to fight, then it’s best to choose your Morty with a “paper” symbol). The aim of the game is to defeat as many teams as possible, and get Rick’s portal gun back.

It was quite responsible for the developers of this game to put a 17+ age recommendation on it. Like the show itself, the game contains a lot of inappropriate humour which is crude and suggestive. Game play is quite slow, in that it makes you work repetitively in order to unlock features and progress. For example, in order to unlock the games area, you first must defeat 2 council members. However, to fight the council members, you need to earn a number of medals to do so. Medals can only be earned by travelling to other dimensions and defeating the main team of Morties there (after you’ve already battled various Morty teams in the same dimension). Thus, it took many hours of game play just to unlock a simple feature. Alternatively, the player can pay (with real money) for better Morties and features which unlocks the game area much sooner.

Further to this, there is a feature (similar to a gumball machine) where you can input earned coupons into a “Blips and Chitz” machine and win Morties. Earning coupons in-game takes a lot of time and many players would just pay for this advantage with real money. Also, the likelihood of getting a good Morty is very slim – in fact, the chances of getting the best Morty (exotic) this way is only 2% (see the Morty drop rates below). Hence, although a prize is won every time, the Blips and Chitz machine represents a risk for reward system which closely resembles gambling behaviour. 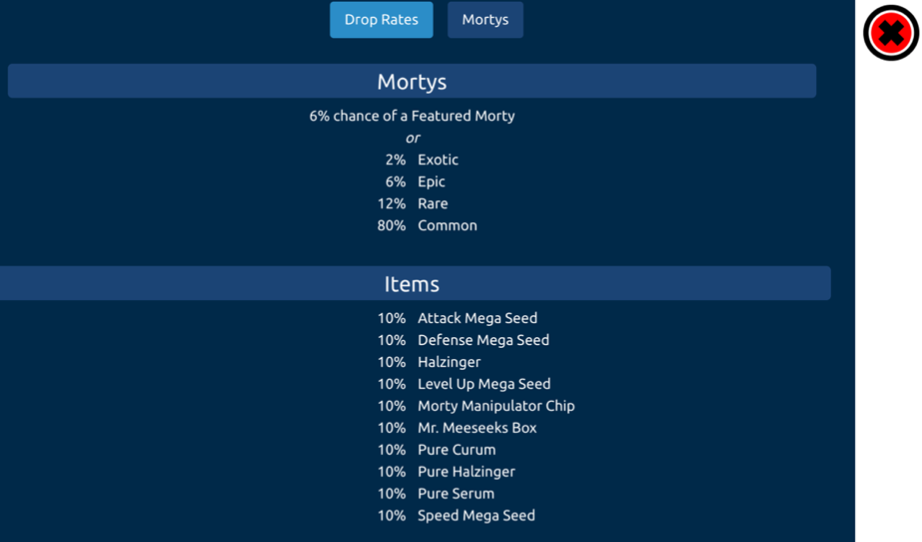 None beyond the TV show itself.