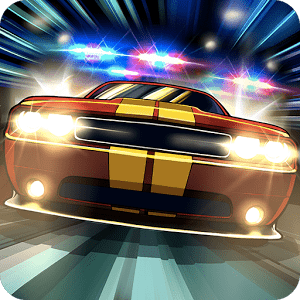 This review of Road Smash: Crazy Racing was completed by the Australian Council on Children and the Media (ACCM) on 2 April 2014.

This driving game involves purchasing and upgrading expensive cars and participating in races and high speed pursuits with police. Players use a visually represented steering wheel to direct their vehicle and hit other cars to earn points and more money. The objective of the game is to drive recklessly and cause chaos on the roads (so as to engage police in high-speed chases), in order to earn money to upgrade your cars. The skills needed to play involve fast reaction times, attuned motor skills and two-dimensional visual perception.

The game starts on a map, which enables players to choose what races they wish to play. Racers are laid out geographically within American states (such as Colorado, Dallas and Albuquerque). Players begin with $1000 in-game currency, as well as a full fuel tank and a Volkswagen Golf. There is an option to visit their garage, go to the car dealer to purchase new cars, and see the leaderboards of the best racers. They may also sign in via Facebook and join friends in competing in tournaments. Within the garage, players can upgrade or change their car rims, vinyls and paints – however, each of these upgrades costs either cash or gold bars. These upgrades range in price from $200 cash, to $80 000 cash.

During the actual racing component, players have their finger on a steering wheel in the lower right-hand corner of the screen, using it to steer between cars and obstacles as they race at a high speed down a track. Players get more cash by sideswiping other vehicles – in doing this, they obtain stars (to demonstrate that they are succeeding in playing the game as intended) and eventually have police chase them for their reckless driving. At the end of a race, players earn cash as well as receiving an overall numerical score. They are also offered a chance to log-in via Facebook at the end of every race. Races are level-locked, and players must play through easier-level races before unlocking more challenging ones. If players run out of fuel after driving in multiple races, they have the option of waiting 12 minutes for the tank to refill, paying for more with ten gold bars, or obtaining a partially refilled tank by watching a trailer for another advertised game.

This game poses quite a high risk for young players, as it strongly encourages reckless and dangerous driving. The developer’s description of the app asks players “Are you fond of expensive cars? Craving for speed and acceleration? Do you like crazy races?” Receiving positive game bonuses (such as cash and ‘stars’) when driving irresponsibly, and making the police pursuits a reward, may romanticise speeding and dangerous driving.

The app offers in-game purchasing where players are able to buy more gold bars, which can be used to purchase new cars. This ranges from $1.99 to buy 200 gold bars, up to $99.00 to buy 20,000 gold bars (and receive 10,000 for free). At level 7, there is a fuel-based achievement which requires the use of in-game gold currency (ten gold bars) – if the player does not have this stored in their account, they are not be able to level past this point without spending real world money.

It is not possible to play past level 5 until players sync the app with their Facebook account (with this said, the visibility of the app is only to the player involved, there are no notifications and the app does not post to the player’s Facebook profile – it merely checks whether any Facebook friends additionally use the app). There is also the option to sign in via Facebook and join friends in playing the game – the app offers an incentive of $5000 to do so. It is possible to join weekly tournaments and compete with friends.

There is the option to ‘Get Gold for Free’, where players can download and run other advertised apps and gain gold bars (up to 541 gold bars can be obtained via this method). Some of the advertised games are casino-style gambling simulators, and may not be appropriate for younger users.

Other games are advertised in the ‘More Games’ section, including some potentially inappropriate apps such as casino-style gambling simulators as well as apps such as ‘Pocket Blonde’ (where a sexually attractive female character can be dressed by players in revealing clothing, and can be made to behave and respond in whatever way the player chooses). When a player’s fuel tank runs low, it is also possible to refill it partially by viewing video trailers for other advertised apps.

There is considerable product placement within the game, with car brands such as Gold, Toyota, Ford, and Nissan all being advertised through the cars purchasable within the game.

One of the female characters is very sexually objectified – she is thin, is wearing leather pants and has her entire midriff exposed. Her top is a small strip of tight fabric that covers half of her breasts, although the bottom half of them is exposed and her nipples are clearly visible through the fabric. She is wearing a leather jacket on top of this. Conversely, there is a male character that is very muscular – he is wearing fingerless gloves, a tight black tank top and overalls, and has mechanics tools attached to his waist. He has a shaved head and looks quite physically intimidating and powerful.

The nature of promoting speeding, unsafe driving and drag racing may be detrimental to younger players.