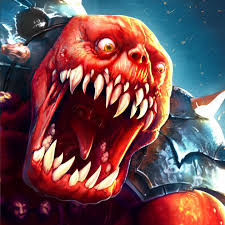 Seige: Titan Wars is a strategic war game where players pit their armies against each other online. Players need good strategic planning and on-the-go prioritising. Not recommended for children under 13 due to war and supernatural themes, parental guidance 13 - 15 due to social media connectivity.

This review of Siege: Titan Wars was completed by the Australian Council on Children and the Media (ACCM) on 22 March 2018.

This review of Siege: Titan Wars contains the following information:

This game sees each player entering a battle field with a range of cards which, when selected, activate warriors and spells to use against the opponent. All cards are activated with a simple tap – some require a second tap for location placement on the field. Once on the field, warriors will attack the enemy automatically with no further direction required. There are time limits on most cards (e.g. once you’ve deployed a group of archers, you’ll need to wait for a certain period of time before you can deploy a second group). The aim of the game is to knock down the opponents towers and their castle. If time runs out before either side has achieved this, the winner is the one that has caused the most amount of damage to the other side. Coins and Gems are rewarded for successful battles, which can be used for things such as upgrades and new warriors and spells.

Due to war and supernatural themes (that include casting spells and monsters), this game is not recommended for children 13 years and under. Parental guidance for children 13 – 15 years due to social media connectivity and in-app purchasing.

The on-screen figures in this game are quite small and hence, although being a war game, it’s not very graphic. Certain actions can be seen, such as swinging of swords and flying arrows, but there’s no blood splatter or weapons connecting to bodies (an arrow will disappear once it “hits” someone – but you don’t see the arrow pierce the body). The developer’s age rating of 12+ is very reasonable in comparison to other apps which have suggested 4+ for similar games. There were no pop-up ads or banners in this game. Parents should be aware about the connection to social media (both through Facebook and through joining “Clans” in game) and through in-app purchasing. Understanding the value of virtual currency is quite difficult – although you can purchase gems with real money, you can only purchase coins with your gems. This makes it harder to track the real value of the gems and hence some players may end up spending more for this reason.

Coins can be purchased with Gems.

There does not appear to be any female warriors in this game.