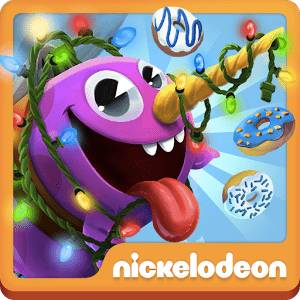 Sky Whale is a side scroller gaming app

This review of Sky Whale was completed by the Australian Council on Children and the Media (ACCM) on 26 November 2015.

This review of Sky Whale contains the following information:

Sky Whale is a side scroller gaming app based on a Nickelodeon TV show called Game Shakers. The objective of the app is to tap the screen to make the Sky Whale character jump for as long a period as possible, in order to collect tokens and purchase boosts. The skills required to use the app are predominantly motor skills and good timing.

When the app is opened, players are initially brought to a home page containing a full-screen image of a pink whale covered in small LED lights. There is also a large Play button in the bottom corner, a Settings icon, as well as an icon with an image of a treasure chest on it.

The gameplay involves a side scroller-style view of a sea line setting. Individuals play as Sky Whale, and they must tap the screen to make the whale jump and stay in the air above the ocean. Every time players jump, they utilise one donut – it is possible to run out of donuts. Players tap the screen to repeatedly make Sky Whale jump through the air, and each time the screen is tapped, the whale will jump higher for approximately 2 seconds before falling again. Players must collect donuts along the way in order to progress through the game. They can also bounce off clouds, in order to allow Sky Whale to jump without using a donut. Players can additionally collect green dollar bills along the way, which propel them forward through the sky very quickly.I

Players can also obtain new items that assist them in travelling further – these must be purchased with in-game coins and offer boosts of varying degrees. These coins are won with each additional play-through, and more coins are won when players travel greater distances.

Players can also collect particular items along their path, such as a rainbow donut (which allows Sky Whale to travel further), a spinning object (which throws the whale into an area filled with many donuts), etc.