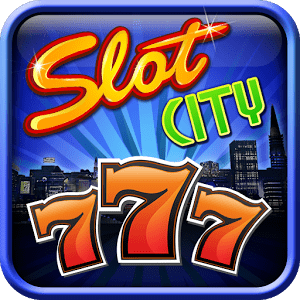 This review of Slot City – Free Casino Slots was completed by the Australian Council on Children and the Media (ACCM) on 26 February 2014.

Within this game the player is presented with a number of poker-machine style “slot” games. Initially, only one game is unlocked, called Mermaid Treasure.  The player begins with an allocation of virtual coins and places bets and then “spins”. A Payouts page can be viewed which explains some of the symbols. The player can choose how many lines to bet on (initially between 1 and 15) and the size of the bet. The default number of lines is the highest available for the game. When the player taps the “Spin” button, the symbols spin around, similar to a real poker machine. When they stop, any winnings are calculated by the app and added to the player’s total. The winning line/s is/are highlighted.

As more bets are placed, higher levels are unlocked, with the maximum number of lines per spin increased and bonus coins awarded. Placing bigger bets moves the player through levels faster. Periodically the maximum bet amount is also increased. Additional games are unlocked as  the player moves up levels. From time to time, “Free Spins” may be awarded.

This game also includes a Video Poker section. The minimum bet is 50 coins, up to 50,000 coins. A table lists the prize payments for winning hands. Five cards are dealt, the player chooses which cards to keep and then the app draws more cards. If this results in a winning hand, coins are awarded.

Additional coins can be purchased for $5.99 up to $103.90. Players can unlock additional games for money. Players can buy Boosts, which can be applied to a spin and will multiply their winnings by 2 to 5 times, depending on the boost purchased.

Players are offered free coins if they connect on Facebook. They can compete with Facebook friends. When players connect, the app receives their public profile, friend list and email address. The app has a “Social” section where players can collect gifts (of coins) and send gifts of coins or free spins to friends. On the leaderboard, the player’s name and profile photo are displayed. In the game Settings, the player can change their profile image from their Facebook photo to an in-game image, chosen from a selection, and can also change their screen name.

This is a simulated gambling game. See Reviewer’s Comments for more detail. In the games Settings section, there are FAQs (Frequently Asked Questions). One question is “Is your game considered gambling?” The response is “Although categorized as casino games, none of our games are considered to be gambling. All Dragonplay games are played for virtual currency and do not involve gambling for real money”. This does not acknowledge that when a player purchases game coins, they are in effect using real money to place bets, even though it is not possible for them to win any real money.

Bonus coins can be earned by downloading a different slot game. An “Earn Coins” section lists other apps which can be downloaded to earn extra coins, which include apps to flirt with others, games and news apps.

There are cartoon style females who appear periodically to present purchase offers. They are often curvaceous, wearing short, tight-fitting outfits with slightly low cut tops. The female characters in the games appear to be cartoon style. The attire and degree of sexualisation varies between games. One of the apps which can be downloaded to earn extra coins is called “BeNaughty – Flirty Dating”.

Simulated gambling as described above. One of the games which can be unlocked is called “Tattoo Mania”.