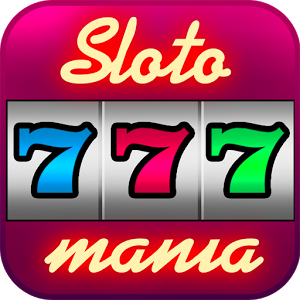 This review of Slotomania was completed by the Australian Council on Children and the Media (ACCM) on 18 February 2014.

This review of Slotomania contains the following information:

Within this game the player is presented with a number of poker-machine style “slot” games. Initially, only one game is unlocked, called Farm Friends.  The player begins with 500 virtual coins and places bets and then “spins”. A Pay Table can be viewed which details winning combinations of symbols. The player can choose how many lines to bet on (initially between 1 and 9) and the size of the bet (initially 0.10 to 5), resulting in a Total Bet range of 0.10 to 45 per Spin. The default number of lines is the highest available for that game. When the player taps the “Spin” button, the symbols spin around, similar to a real Poker machine. When they stop, any winnings are calculated by the app and added to the player’s total. The winning line/s is highlighted.

A “Live Tournamania” option is also presented, where players compete with others. Players must be connected to Facebook to play. There are a number of games to choose from, most of which are locked initially. A time limit applies to each tournament, generally 20 to 30 minutes. A starting free credit is given. The screen displays how many people are currently playing in each tournament (this can number in the hundreds) and how many minutes remain. The player chooses a tournament to join and starts spinning, after having selected the number of lines and size of the bet. As the player wins more points, and more people join the tournament, the player moves higher or lower in the ranking, as shown by their profile photo on the leaderboard at the side of the screen. As there is a time limit, there can be a sense of needing to spin quickly to win more points – this also uses more credits. Similarly, there is a temptation to place bigger bets to potentially win more points. When the time is up, the app calculates results.

Little player skill is required, apart from perhaps awareness of strategies to avoiding running out of coins.

A possible learning benefit could be that the player may realise that betting on a large number of lines per spin and placing large bets can rapidly decrease their total, to the point where they may run out of coins. However, the chances of spinning a winning combination of symbols is also much higher when more lines are selected – the player may feel this is more important.

Purchasing extra “coins” can be by debit card, credit card and gift card (i.e. Google Play card). Purchase amounts are in US$ and range from $1.99 to $99.99, with $19.99 suggested as the “Most Popular” amount. Periodically a “special offer” will pop up to offer a discounted purchase price which expires in a few minutes. The process to purchase coins requires moving through 3 screens before entering either credit/debit card details or gift card number. Where GooglePlay credit already exists, the Google Account password is requested. Parents should be aware that if they enter the password, the player can make more than one purchase. The password remains valid for 30 minutes to continue purchasing for quite a number of minutes, even after the game has been exited and resumed.

Players are invited to connect to Facebook to win more and to share with their friends. Players can play Slotomania with their friends and send and receive free gifts. Facebook users can join and play “Live Tournamania”. When connecting to Facebook, the app receives the player’s public profile, friend list and email address. When the player wins some game credits, their profile photo, current number of points and rank appears on a leaderboard at the side of the screen. The player’s first name can also be displayed. Also visible is the photo and points of the players immediately above and below in rankings.

Although the developer states this app is intended for those over 21, anyone can download it easily.  The default bet is the highest number of lines available for that game and must be adjusted downwards by the player. It is possible that simulated gambling apps inflate the odds of spinning a winning combination, when compared to a real casino machine or even a gambling app which uses real money. This could lead to the player overestimating their luck, or even skill, in this activity.

A slightly curvaceous cartoon style female character, usually in a short skirt, sometimes presents the special offers to players. There is a game called “$Pin Up$”, which is based on stylised 1950’s pin up girls (fully clothed, though with short skirts and brief tops). It is the 37th game to be unlocked – it is unclear what other pictures are within this game.

Violence and scary material:
A few games have names like Ghost Motels , Bloody Wins and Flaming Devils, but the graphics appear to be cartoon style and are unlikely to contain material which would actually scare most children.