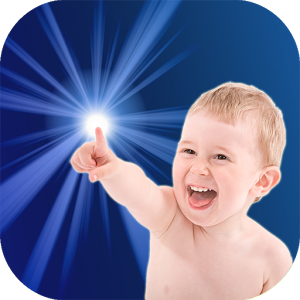 This App is for the youngest of iPad users and allows the user to touch an image and hear its pre-recorded sound.

This review of Sound Touch was completed by the Australian Council on Children and the Media (ACCM) on 1 June 2014.

This review of Sound Touch contains the following information:

This App is for the youngest of iPad users and allows the user to touch an image and hear its pre-recorded sound.

This App was interesting to review, as from an adult’s perspective it was simplistic. To “play” you select a library (eg animals, vehicles, musical instruments or wild life) then touch a cartoon image to hear its sound and see a real photo of that animal. For example if you click on the cartoon dog you see a random photographic image of a dog and hear a bark. From an adult’s perspective interaction is limited.

However, in user testing many young users (aged 2-3) really enjoyed the cause and effect of the App and in some parent-child interactions the images became a prompt for additional language about the image (for example “look at the dog, that looks like Sarah’s dog. Can you remember patting her dog”). Here the App served as a prompt for additional engagement beyond the App. Given the simple interactions with the App it isn’t surprising that older children didn’t appear to find the App as engaging.

No game playing behaviour that may be of concern to parents was found during this review.