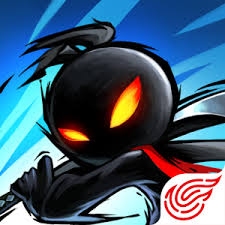 This review of Speedy Ninja was completed by the Australian Council on Children and the Media (ACCM) on 14 July 2016.

This review of Speedy Ninja contains the following information:

This game was played for a minimum of 40 minutes.

The player is required to skilfully move the ninja to avoid obstacles in its way. The player is able to make the ninja run, jump or burrow itself in order to reach the end of each chapter and avoid “dying” along the way

This game requires the player to be logged into the Apple Game Centre which then links their results to their account.

The aim of this game is for the player to control the ninja on screen to overcome obstacles and not “die”.

The game commences by teaching the player what to press on screen to avoid objects that may harm the character. For example, the ninja automatically runs forward, but the player must click one of two buttons to have the character jump or burrow itself to collect coins or to avoid blades or flying objects.

The player must continue to help the ninja avoid objects that may kill their character and collect coins, consumables, mounts or jades to help them progress through each level and destroy the evil objects and enemies that are trying to destroy the ninja’s chance of winning.

On the screen while the ninja character is not racing, the player is able to see scores of other players and their friends if they have shared their details of the game with them. On screen there are also items for the player to find: weapons, different characters that can become unlocked, new allies that can be bought or won through the game and daily training routines to further the ninja’s skills.

Each day there are new goals for the player to reach. For example, one of them is to “Kill 30 monsters”, and if the player completes this goal they are able to unlock rewards.

Yes: The player has the option to purchase an assortment of tokens throughout the game, for example, if you would like to begin your ninja race with a head start, or the player can purchase consumables, mounts or jades to further improve your winning ability within the game. These tokens range from $1.49 - $159.99.

This game is connected to the Apple Game Centre which is an online application where the users can post and share their results with their friends.

This game also allows the player to share a photo taken within the game with Facebook to let their friends know the results of their ninja run.

The setting of this game is in a very dark background which may seem quite scary for younger children.

This game entails an amount of violence that some parents may be concerned with. Due to the main character being a ninja, the character is obviously dressed in dark and carries a sword. There are also sharp blades that the ninja must avoid to win each level which may be alarming for some parents.

There is quite a lot of gruesome activity within the game. For example, there is red splattered on the screen to signify the blood of the ninja if they become injured while running. Additionally, whenever the ninja character does not avoid a sharp blade, they can also burn in an automatic fire that appears on screen as soon as the character dies.

The main issue that may be of concern to parents is that the player is being rewarded for committing cruel behaviour in the game. It is important for parents to discuss with their child that this is not acceptable in normal every day behaviour in society.

There is a lot of information shown on the home screen which is why it may be very confusing for children under the age of 9. Although the aim of the game may be simple for the player, understanding all of the information and tasks on screen may be difficult for a child to comprehend.