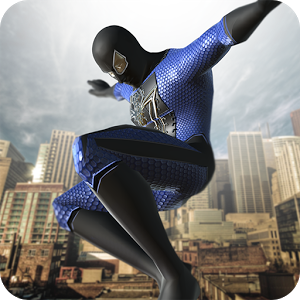 Spider Hero: Final Battle is an action/adventure simulation game where the super hero character completes tasks and fights bad guys to protect the city. Not recommended for children under 13, parental guidance 13 – 15 due to strong violence with weapons and advertising containing inappropriate material.

This review of Spider Hero: Final Battle was completed by the Australian Council on Children and the Media (ACCM) on 2 July 2017.

Spider Hero: Final Battle is an action/adventure game where the character who resembles Spider man has to run around the town completing particular tasks to gain rewards and taking on the bad guys. The character can alternate between a normal guy to a costumed crime fighter where he can scale tall buildings and fly from roof to roof.  He rescues people and kills the bad guys using his body, knives or guns or he can run down people in a stolen car.

The character in this game must fight bad guys in order to complete some tasks. To do this, he shoots, stabs or beats up his enemies – so this game is quite violent (he can even run down people in a stolen car). There is pop up advertising at the bottom of the play screen depicting inappropriate images such as a dating site. There are also pop up videos you can click on to gain rewards.  These videos often contained adverts for violent games and gambling simulation games.

Advertising of other games that include simulated gambling.

Strong physical violence including use of weapons such as knives and guns.  The character can also run people down in cars.