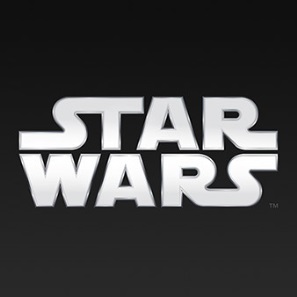 This review of Star Wars was completed by the Australian Council on Children and the Media (ACCM) on 1 April 2016.

This review of Star Wars contains the following information:

Star Wars is an app that provides players with the latest information about the Star Wars franchise and includes two mini games: a light saber training game and a virtual reality game.

The player's first choice is to decide whether they want to be part of the dark side, the light side or a droid. This choice primarily changes the background screen of the app, however it also affects the mini game ‘Force Trainer’ (see Game Play Behaviour for more detail). On the main screen there are several sections for the player to explore, the first is the weather. The player can look at their local weather or weather in other cities (see Online Information for more detail) and the app compares their weather to a Star Wars planet. For example, if the weather is 23 degrees Celsius the app refers to it as feeling “like Endor” and suggests that “it is good speeder-bike-riding weather!”

‘This Day in Star Wars’ gives the players a Star Wars fact that happened on the current day. The app also informs the player of the latest news that is happening with the Star Wars franchise. This section is updated as more news occurs and the player can scroll through and read all of the news updates. There is an official videos section where the player can watch Star Wars trailers, scenes from the movies and other franchise videos (see Violence for more detail).

There is an emoji and gif section of the app, which allows users to copy Star Wars themed emojis and gifs onto their device and use them in their messaging system. Some of the gifs include sexual references and coarse language (see Sexual references and Coarse Language for more detail). There is a ‘selfie’ function where the player can take photographs of themselves with Star Wars themed backgrounds and then save these photos to their device. In the app the player can also browse movie times and buy Star Wars movie tickets (see In App purchasing for more detail).

The first mini game is ‘Force Trainer’ where the player learns how to use a light saber. A droid shoots phasers at the player and you must tilt the device (which acts as the light saber) left or right to block the phaser attacks. The levels get progressively more difficult as the droid shoots faster and more frequently.

As ‘The Force Awakens’ Star Wars film is rated M and recommended for children aged 14+, this app is similarly rated because the app shows scary and violent scenes from this movie.

There is no in app purchasing within the app game, however, the app lets you buy tickets for the latest Star Wars films by redirecting you to your local cinema’s website.

The app asks for the player’s location which allows the weather to be set to the player’s local weather. From the main screen there is a button that the player can click which takes them to the website starwars.com. The app also asks the player to rate the app on iTunes.

The app is product placement for the Disney and Star Wars franchises. When the player clicks on ‘more Star Wars’ they are shown advertisements for other Star Wars app games.

Some of the film scenes shown in the app include sexual references. For example, one gif shows Anakin and Padame kissing.

Some of the film scenes shown in the app include mild coarse language for example a gif shows Han Solo saying ‘Hell’.

The player has the option of playing as a member of the ‘dark side’ in the mini game Force Trainer. If they choose this option, the game encourages the player to “become evil” and to “let the hate flow through you”. Alternatively, if the player plays for the ‘light side’ the game will encourage the player to “use the force”.

As the app includes scenes from all of the Star Wars movies as well as new fighting and scary scenes, there are several opportunities for players to be exposed to violence and scary material. For example, The Force Awakens film trailer, which can be viewed on the app,  includes intense light saber and space ship battles as well as big explosions and characters shown with blood on their face. The mini game Force Trainer uses light sabers and phaser guns and the Jakku Spy game shows fighter ships shooting guns and ships crashing and exploding.