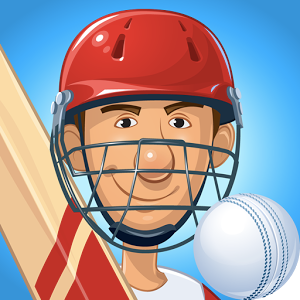 This review of Stick Cricket 2 was completed by the Australian Council on Children and the Media (ACCM) on 28 March 2015.

This review of Stick Cricket 2 contains the following information:

Stick Cricket 2 is a sports gaming app that allows players to engage in rounds of cricket. The objective of the game is to hit the pitched ball in the most effective manner (based on the goals of a given level), thus obtaining experience points and upgrades. Within the game, players require motor skills, as well as good timing and reflexes.

When players first open the app, they are met with a male character wearing cricket gear who states ‘Welcome! Ready to play some cricket?’. Players are then guided through a game tutorial – they must tap left or right arrows on the screen at the correct time to ‘hit a six’. If they play well, they will earn rewards. Players are taken to a cricket field and a character on the opposing team pitches, players are then told to ‘Hit right now’ or ‘Hit left now’. Doing this causes the player’s character to swing their cricket bat and hit the incoming ball either left or right.

After doing this, new skills can be earned – players accumulate stumps and unlock levels. The game includes different upgrades: Power upgrades increase how far players can hit the ball, resulting in more fours and sixes. Timing upgrades improve shot timing, ensuring maximum return for the effort. Speed upgrades improve abilities to score short runs, helping to sneak quick single scores. Players are also able to access a wardrobe of different cricketing outfits – these can be obtained by playing more games and increasing your levels of power, speed and timing, or by making an in-app purchase. These range in price from $2.49 for a set, up to $17.99 for a set. Any in-app purchase is also said to remove advertising.

When playing through the levels of cricket, players must tap left or right to hit the balls and obtain more ‘runs’. The goals change for different levels – for instance, some focus on Boundaries. In this instance, players must attempt to hit balls to the fence as much as possible. If the throwing team hits a wicket, players are out. Players are given some information before the game about the manner in which the pitcher will customarily throw (e.g. straight, to the left, or to the right). Players get several tries to hit the balls before they are out – they may also get hit by the ball themselves, if they do not swing their bat at the correct time.

Players can play as either a male or female cricketer. A maximum of three stumps are earned per level, based on a player’s performance. Achieving three stumps on a particular level ensures that players earn an item. These earned items can be equipped in the Locker Room and allow players to upgrade their performance. Players can unlock an ‘International’ gamemode when they make 135 stumps within the ‘Origins’ game, where they face players from other countries. Players can also access a Statistics area, which offers players information on their time spent playing, total runs, total balls, total wickets, perfect overs, dot balls, sixes hit, and fours hit.

Yes: Players are able to access a wardrobe of different cricketing outfits – these can be obtained by playing more games and increasing your levels of power, speed and timing, or by making an in-app purchase. These range in price from $2.49 for a set, up to $17.99 for a set. Any in-app purchase is also said to remove advertising. In addition to this, players can purchase Photographs/Shots in different poses - these can be obtained by playing for a certain number of minutes, or by making an in-app purchase of $1.29-$6.49.

Players are encouraged to connect via a Facebook account, in order to save their progress, play on any device and to obtain free in-game items.

No ads were present during the levels that were reviewed. However, the game states that any in-app purchase will remove advertising