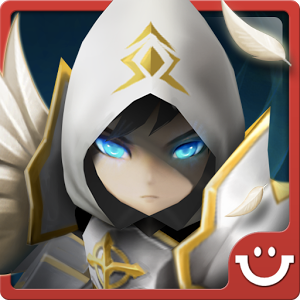 This review of Summoners War: Sky Arena was completed by the Australian Council on Children and the Media (ACCM) on 25 September 2014.

Summoners War allows players to summon monsters that they may use to engage in battles with in-game characters. The objective of the game is to unlock or summon as many creatures as possible, and these may in turn be used to increase a player’s ability in battles. There are limited skills needed, but visual and motor skills assist in gameplay.

Once the app is opened, there is a short image montage that explains the current situation within the game. It informs players that there is a crystal named the mana crystal and it contains great power – the app talks of a war that ended with a surprising solution. Under the supervision of a council, all disputes were resolved within battles in an arena. The rules were to accept the challenge and that those who were ready for victory would fight to the death.

Players are asked to enter their name, and are then taken to a green grassy village where a blonde girl named Ellia greets them. She explains that she will assist players through their journey within the arena. She informs players that they need mana stones to use magic – there is a mana pond that players must visit often to collect mana. At Summonhedge, summoners call upon their monsters for battle by using unknown summon scrolls. Ellia offers players her summon scroll – players then tap the options on the screen and summon a two-star Hellhound. Statistics are presented about the monster (e.g. it’s Maximum Level, Health Points, Defence, Attack, Speed and Type of Monster). Players are then informed that using a mana crystal will enable them to summon even stronger monsters with better battle statistics. They are able to summon a three-star fairy, for instance.

Ellia also explains that there is a gateway that may be utilised by players to teleport to battle areas. There are various battle areas that may be unlocked, including places such as Garen Forest, Kabir Ruins and Cairos Dungeon. Within each location, there are multiple battles that may be completed.

When beginning a battle, players choose any one of their monsters to put into the role of leader of their team, and any other remaining monsters to put in the supportive role(s). During the battle itself, players tap on the enemy character and watch as their own makes a striking attack – small amounts of blood splash from the enemy monster, although this is still presented in an animated way. The enemy then attempts to hit the player’s creatures, after which the player may tap again. Once all enemies are defeated, the battle is won.

This game incorporates in-app purchasing, which may encourage children to spend real-life money in a potentially reckless manner. The violence may also pose a risk for younger players, with the app demonstrating physical attacks and wounds in its animated battle scenes.

The app contains a live chat feature, where players may post questions for other players to answer if they are online at the same time. They may chat about non-game related matters also, making this a potential risk for younger players to utilise. Usernames are also not strictly moderated, and there are several that may be inappropriate for children to view (such as ‘studmuffin’). During the gameplay, there were multiple players who left messages asking to be added (e.g. ‘add me’, and ‘girls… add me… haha’) that may be highly inappropriate and dangerous for children. It is possible to access the online game forum via a link within the app.

There are full-screen advertisements that appear randomly, and must be manually closed by tapping the small cross in the top right-hand corner of the screen. These ads are for external apps, such as Kung Fu Pets. There are advertisements that appear consecutively, one after another despite players tapping to close them. On some of the ads, incentives are advertised to players such as ‘Download this app and play one full game to get a $1 item for free’.

Several of the female characters within the app are presented in a highly sexualized manner. The girls are very scantily dressed, wearing knee-high socks and leotards that show almost their entire breasts, their midriff and thighs. The men are largely covered with armour and cloaks, and are not sexualised in the same manner at all.

No game playing behaviour which may be of concern to some parents was found during this review.