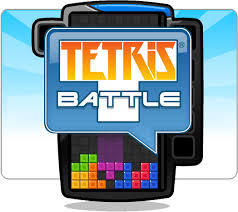 This review of Tetris Battle was completed by the Australian Council on Children and the Media (ACCM) on 1 May 2014.

This review of Tetris Battle contains the following information:

Tetris Battle follows in a long line of tetris puzzles, where the player rotates falling blocks (of various shapes and sizes) to complete rows of blocks. Tetris battle adds the component of competition as you play other Facebook users.

On one level this game is just a version of tetris, where you play other players in a range of competitive modes. However, in order to reach the game, the player is bombarded with content and requests, including a simulated roulette wheel, where if players visit every day, they can earn bonus energy. Further, due to the nature of the App being embedded in Facebook, players are shown banner advertisements and are encouraged to connect with other users (both in the users own social network and in the broader Facebook community). In addition, the user can watch advertisements to gain additional energy, time in the game or armour.

When playing an opponent the details of the other player appear, including a profile picture, however you cannot connect to the player's Facebook profile through this. A number of inappropriate images however, appeared as other players.

Given the nature of the advertisements and simulated gambling available, this App is not recommended for children or young adolescents.

Yes: Extensively found to buy additional time in the game, points and armour

This app connects through Facebook, which requires an online profile.

Simulated gambling was found in pre-game advertisements, including the option to spin a roulette wheel to gain additional lives.

Some gender stereotypes and/or sexualised images were found in advertisements playing as videos (to gain additional points) and banner advertisements within Facebook.

Simulated gambling may be of concern to parents.