The Foos: Code for an Hour 5+ - codeSpark 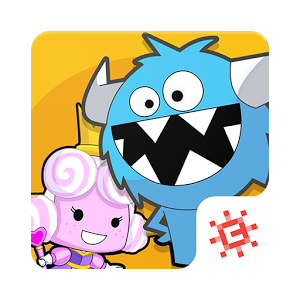 The Foos is an educational problem solving/pattern-based game

This review of The Foos: Code for an Hour 5+ was completed by the Australian Council on Children and the Media (ACCM) on 21 February 2016.

This review of The Foos: Code for an Hour 5+ contains the following information:

The Foos is an educational app that allows players to work through various levels involving problem solving and patterns. The objective of the game is to establish the best sequence of movement in order to obtain all the items presented within a level, in the most efficient order. The skills involved in playing through this app include problem solving, an understanding of patterns and movement/geometry, etc.

When the app is first installed, players must create an account for themselves – this involves choosing a character avatar to represent them within the game (they may choose from a wide selection of animated people or animals), as well as selecting a name. Gameplay then begins, and players are presented with a character standing on a quiet street – there is an item to the right-hand side of the character, which must be collected. Players are given several small squares in the bottom area of the screen, each with an image on them (e.g. run forward, jump up, etc). These must be dragged into the correct sequence to allow the in-game character to collect all of the nearby rewards. For instance, players must drag an icon into the first square that will instruct their character to walk forward once. After this, they must drag the jump icon into the sequence next to ensure that their character jumps up over an obstacle in order to obtain the next item.

After this is completed, players are rewarded with gold stars, as well as in-game coins. They can then progress to the next level. Each level is harder and more complex than the last, with the levels incorporating more obstacles, longer paths to follow, as well as different directional movements. If players place the wrong movement instructions in the sequence, the level does not end and players are simply given more time to move the correct ones into place. However, they will obtain fewer gold stars and coin rewards at the end, as a result of requiring more steps to complete the level. Players receive a trophy after completing 8 levels, which unlocks more areas and different environments within which to complete levels. These levels are also played as side scrollers, where players use arrow keys to direct their character over obstacles and move them along a continuous 2-dimesional path. Within these levels, players must hop over obstacles and can be injured by other enemies – if they run out of lives, they must start the level again.

It is important for players to be able to recognise patterns, solve potential problems and be forward-thinking in their approach. The app is a simple one, targeted towards younger players. There are no in-app purchases, and there does not appear to be any advertising.