The Name of Things - WebcoreGames 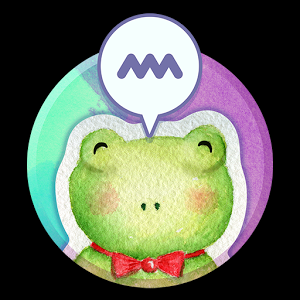 The Name of Things is an educational language learning app for children. Caution: In-app purchasing and advertising

This review of The Name of Things was completed by the Australian Council on Children and the Media (ACCM) on 12 May 2016.

This review of The Name of Things contains the following information:

The Name of Things is an educational app for children. The goal is to learn the name of various objects in six different languages – this is done via short learning tasks. The skills required are memory, comprehension and basic motor skills.

When the app is first opened, a screen displaying six different languages is shown. The selected language is the one that will be practised by the user of the app. The languages are English, Portuguese, Spanish, Italian, French and German. Upon selecting a language, the player is taken to a home menu. On this page, there are three options in the centre of the screen, and three secondary options in the top left and right hand corners. The first option in the centre is titled “Flash Cards”. Within this section, players are presented with an image of an object, as well as the written title of the object underneath it. The name of the object is read aloud, encouraging the user to associate the object with its name. Players can tap the object again to hear the name read out once more. If players wish to view items additional to those which are already unlocked, they are taken to an in-app purchase screen. A single pack of flash cards is offered for $0.99, and a package of every flash card (totalling five packs) is offered for $1.06, with a “Save up to 73%” sign presented. The player has to manually close this full-screen pop-up.

The second game mode is titled “Drag the Letter”. Within this mode, players are presented with a picture of an object, a jumble of letters, as well as the name of the object in a greyed-out box. The player must drag the letters onto their greyed section in order to write the word. Similar to the other game, five of the word packs are locked and players must purchase them as a pack. It should be noted that purchasing the pack for one game unlocks it for the remaining two.

The third activity is called “Memory Game”. Within this, players must tap boxes on a screen to temporarily reveal images in a grid of 12 cards. The goal is to match the six pairs of images within the collection. Once the grid is solved, a new grid is created thus allowing players to begin again. As players tap a card, the object on that card is read aloud. Attempting to play past the first grid prompts players to purchase the in-app packages again.

The home menu of the app has a section which allows players to change the language set for the app, as well as a section where users can find more information about the app and its creators, the company WebCore.

In the top left hand corner of the app’s menu screen, is a section titled “More games”. Tapping this takes the player to a menu where they are asked to enter a series of written numbers on a digital keypad. Doing this takes the player to a full screen menu where a variety of free apps are advertised, such as ‘Spot the Difference Nutty Boy’ and ‘Coloring with Bob Zoom’ (no inappropriate content presented). This advertisement is a full-screen one, and must be manually closed.

There are two packs available for purchase within this app: a single pack of content for $0.99, and a multi-pack available for $1.06.

Within this app, there are advertisements for various other free apps (e.g. ‘Spot the Difference Nutty Boy’ and ‘Coloring with Bob Zoom’). These ads are featured with an install button directly next to a picture of the app, as well as a brief description about it.