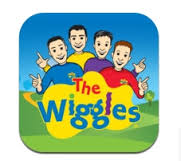 This App is a digital alphabet book, using The Wiggles characters, songs and themes.

This review of The Wiggles Alphabet Adventure was completed by the Australian Council on Children and the Media (ACCM) on 1 June 2014.

This review of The Wiggles Alphabet Adventure contains the following information:

This App is for young  iPad users and is essentially a digital alphabet book using The Wiggles characters, songs and themes.

Many digital alphabet books are problematic for Australian users as the accent can be confusing. This App uses The Wiggles' voices who have Australian accents, which is beneficial for Australian children. The App progresses through each letter of the alphabet presenting the letter then some interactive items. For example L is for lighthouse and the user can move the lighthouse beam around the page to find The Wiggles characters.

There are two ways to access letters, either by reading/swiping through the whole alphabet (in “play” mode), or by accessing each letter directly (in abc mode). User testing demonstrated that some letters were more engaging than others and so the ability to go directly to one letter was helpful.

This is essentially an advertisement for The Wiggles, with characters from the television series and music from the group used extensively.