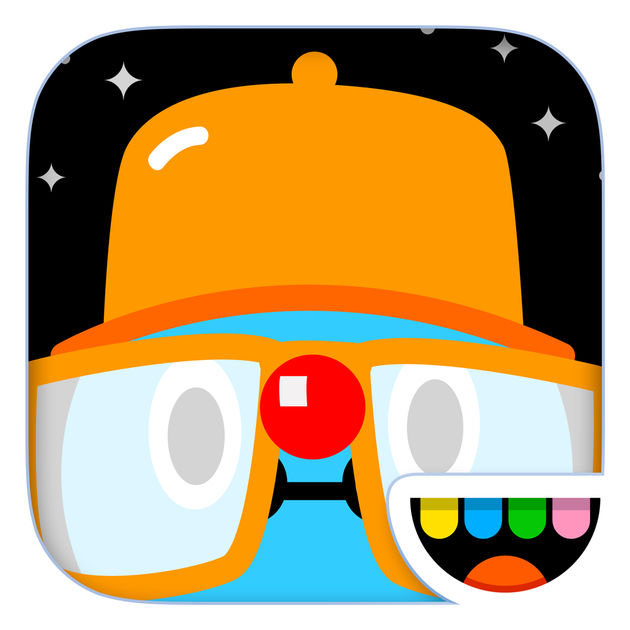 Toca Band is a music app where kids can form a band using animated instruments and vocalists. Players can learn about tempo, rhythm and harmony by observing performers both individually and together. Suitable for 4+ years provided “Toca News” is disabled to prevent access to adverts and additional app purchasing.

This review of Toca Band was completed by the Australian Council on Children and the Media (ACCM) on 7 May 2017.

This review of Toca Band contains the following information:

There is only one level with one song that can be played depending on the variety of characters selected. The game was played four times using a mix of different characters.

This musical app allows kids to form their own band using a variety of characters that either sing or produce a sound when dragged and dropped onto the stage. The band consists of six stage spots with 3 different tempos and a central stage where the star performs a solo act. Each character animates and moves when tapped.

Toca band allows children to experiment with different instruments and sounds to provide the melody combination for one song. Kids can try different combinations of instruments and vocals and adjust the tempo of the performer by their placement on the stage (higher or lower). By placing a character on the star stage, kids can also explore the individual performer, such as a ballerina that dances in response to the player tapping the keys of the piano or adjust a vocalist’s pitch according to their microphone placement.

Toca band encourages kids to be creative and explore the different sounds and vocals of a variety of characters both individually and in harmony with each other. Through co-play, parents can discuss the familiar sounds of a vocalist as well as more unusual sounds, such as a balloon deflating, a mushroom slicer harp and an alarm clock. Each character animates and plays its sound by the player tapping or swiping. Parents can also discuss the sounds generated by selecting only the vocal characters, or only rhythm instruments or a combination of two or three to create a harmony. As the characters are moved higher on the 3 level stage, the tempo at which they play increases and becomes more upbeat. Some of the characters require more fine motor control to play solo than others, which younger children may need guidance to master. For example, the cat character is played by simultaneously tapping on coloured balls. Younger children may find it difficult to coordinate synchronised movement of their fingers and may find swiping across all the balls easier to manage. One of the characters is a rapper who says different things by swiping and tapping images displayed on his sunglasses. The character vocalizes things like “yes, yes, ya’ll”, “flush” when a can of spray paint is displayed, “ooh yeah”, “kick it” etc. Some of the voiced statements are intelligible but the slang used is not ideal for young children developing their language skills.

There is advertising of other Toca Boca apps on the home page, which when clicked on, take the player to a page advertising Toca Life hospital and a variety of other apps. The Tocal Life hospital advert shows a variety of potentially problematic scenes for young children including a character dying in the hospital and another taking a pill and then “floating”. To remove this in-app advertising and the ability to purchase other apps, parents should disable “Toca News” in the settings area of their device, by clicking on the Toca Band app item.

By clicking on the parent’s section (accessed by entering birth date) players are able to enter personal details such as their email address to sign up to a newsletter and receive other app offers. This can also be disabled in the settings section of the device, by clicking on the Toca band app.

Other apps by the same developer are advertised on the home page. Clicking on this takes players to an advert for one app and a variety of other apps and app bundles for additional purchase.

Nothing heard but the rapper’s lyrics are difficult to discern.