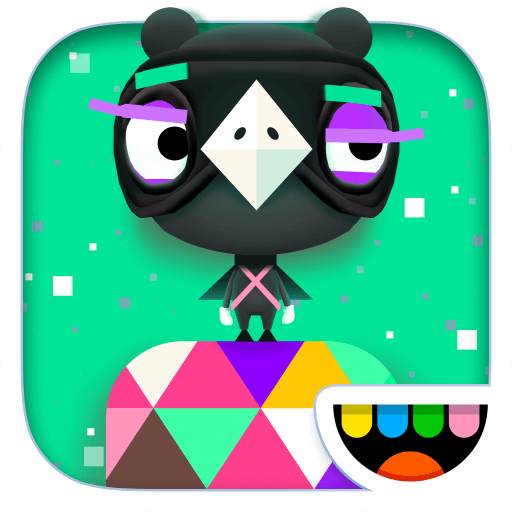 This privacy check of Toca Blocks was completed by AppCensus on 10 June 2021.

This review of Toca Blocks was completed by the Australian Council on Children and the Media (ACCM) on 16 February 2016.

This review of Toca Blocks contains the following information:

There are no levels in this game.

Toca Blocks is a creative world building game where players build environments with blocks and merge blocks together to create new items to explore.

Toca Blocks is a game where the player collects blocks and forms new blocks to create an environment for the three animated characters. The three characters are a cat, bird and a bear. They each have different ways in which they interact with the types of blocks in the environment, for example, climbing or flying over them. The player creates their environment by clicking and dragging different types of blocks either from their inventory or from the environment. The player can explore the world by scrolling. The more they explore the more blocks they can find. When the player drags one block on top of another, this merges the two together to make a new type of block or object.  For example, a brick block and a yellow block merged together can make a lamp. Using the blocks of materials the player can build anything they can think of.

Toca Blocks is a fun app that encourages a child’s creativity. Its open creative world is a similar style to Minecraft but without the fighting and the monsters, which makes this game more suitable for younger children.

On the main menu screen there is an advertisement for other app games from the developer.

None found, however this is a small amount of toilet humour.

Violence and Scary Material: One of the items that the player can create is a bomb. When it is clicked, the bomb will explode and blow up adjacent blocks.