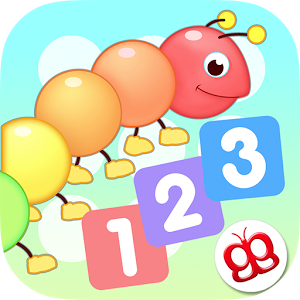 This review of Toddler Counting 123 was completed by the Australian Council on Children and the Media (ACCM) on 1 March 2014.

This review of Toddler Counting 123 contains the following information:

This simple App is for very young children. It simply presents a collection of objects, which when tapped are counted (with a number appearing and the verbal number spoken). When all objects have been tapped or counted a caterpillar walks on the screen with the written word for the number group.

This simple App is designed for the youngest iPad users and was popular in user testing, with the simple touch interface helping learning to count. A range of voices speak the numbers as objects are counted and the simple interface and sounds appeared to appeal to children.

This review was based on the paid version of the App and there was no advertising, inappropriate content or links that were accessible to children in this version of the game. However, links to other apps by the developer were in a locked parent section.