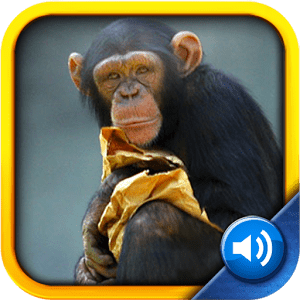 Simple app for young children containing images of animals, thier names and the sounds they make.

This review of Toddler Tapping Zoo was completed by the Australian Council on Children and the Media (ACCM) on 1 March 2014.

This review of Toddler Tapping Zoo contains the following information:

This simple App is for very young children. It simply presents an image of an animal which, when tapped, you hear its name and the animal’s sound.

This simple App is designed for the youngest iPad users and connects with children’s natural interest in animals and their sounds. A simple interface (click the arrow for the next animal or tap the animal for its sound) means that very young children can interact with the app. The only concern in user testing was that there was a link to other Apps by the developer (and therefore in app purchasing) that was accessible and frequently tapped by children in user testing.

Yes: Contains links to other apps by the developer on the home page.

No game playing behaviour which may be of concern to  parents was found during the review.