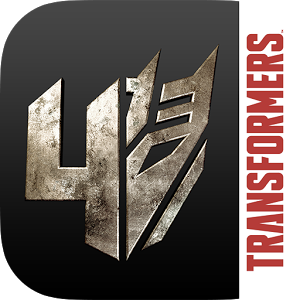 Transformers: Age of Extinction is an app based on the feature film of the same title soon to be released. It contains missions/games, as well as information, videos and photos related to the film. Caution: violence and in-app purchasing.

This review of Transformers: Age Of Extinction was completed by the Australian Council on Children and the Media (ACCM) on 24 June 2014.

This review of Transformers: Age Of Extinction contains the following information:

This review focuses on missions 1-9

Transformers: Age of Extinction is an information and game-based app related to the feature film of the same name. The objective is to complete the missions by answering trivia questions and building transformer machines, as well as reading information and viewing videos related to the film. Skills are only required during the trivia component, and these include knowledge and memory-based skills.

The app opens with an animated graphic speaking: ‘Organic life form identified as HUMAN. I am a CYBERTRONIAN life form. I have implanted myself on your device. A global struggle for the Earth’s energon supply is raging between the autobots and the decepticons.’ After this point, players are asked to choose a side by picking either a red autobot face, or a purple decepticon one. Players are then told to ‘Collect as much energon as you can by completing missions and accessing information to lead your side to victory’ and to click Begin Mission 1. Players choose a battle name and are given the option to view movie trailers available – there are multiple teasers and trailers for the feature film, in addition to question and answer interviews with members of the cast.

The central menu of the game includes: Missions, Movie Times, Videos, Photos, Movie Bios, Toys, Scan and a More option. When completing the missions, players will be given rewards after finalising them. The missions are trivia quiz-style games – for instance, there is a photograph shown of one of the characters from the feature film, which is followed by the question ‘What is this life form’s occupation?’. Players are given a choice of three multiple choice-style answers to choose from. If players pick the wrong answer, they are allowed as many turns as they need to obtain the correct one.

When players click on the Movie Times section, they are told that they will be leaving the app and can view movie times and purchase tickets for Transformers: Age of Extinction. Players may view trailers and videos within the ‘Videos’ section, and may view photographs and movie stills from the film within the ‘Photos’ section. The ‘Movie Bios’ has descriptions of each of the autobot and decepticon characters. The ‘Toys’ tab offers to take players to the transformers official website (www.transformers.com) to find out where they may purchase toys and merchandise from the film.  The app also contains links to other webpages, such as the official Transformers: Age of Extinction film app, as well as a range of other Transformers-related applications.

Players can additionally build transformer vehicles within other missions. The basic structure is provided for players, who may then click on individual sections and choose from a range of parts to add (e.g. things such as a standard bot helmet, the Optimus Prime or Bumblebee face, etc). They are also able to edit the colour of each individual part. Once completed, players have the option of seeing the transformation of their creation from a transformer to a vehicle. Players are sporadically encouraged to build other structures, such as reinforcements in the form of a transformer plane.

The app does not pose any overt risks to children.

The central in-app purchasing available is the option to purchase and pre-order movie tickets through the app. These are priced at regular ticket prices for films. The app also links to the official website where players may purchase toys or related merchandise, priced between $7.19 to $119.99

The app itself is an advertisement for the feature film Transformers: Age of Extinction. However, there are also ads within the app itself – for instance, the app advertises the online stores and merchandise being sold from the official website.