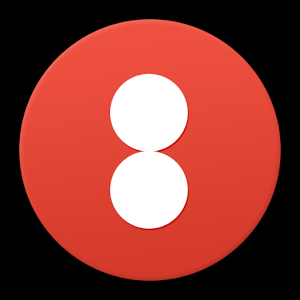 Two Dots is a simple touch-based app where users match coloured dots as they move toward the centre of the screen. Caution: online interactivity, advertising.

This review of Two Dots was completed by the Australian Council on Children and the Media (ACCM) on 6 November 2014.

This review of Two Dots contains the following information:

This game does not contain level. It was played for approximately 1 hour.

Two Dots is an app that uses a simple tap-based interface. The objective of the game is to match like coloured dots as they move toward the centre of the screen. The skills required to play are rapid decision-making, colour perception and motor reflexes.

When the app is first installed and opened, players are prompted to log in with a Gmail account. The app cannot be played without logging in via Google+. The app then loads to a main menu screen, where players have four buttons to choose from. The top button is a “play” button which, when pressed, causes the screen to change and display the text “tap to start”. Gameplay is quite basic, with players tapping the screen to match coloured dots as they move down and up the screen to connect with two central dots. The goal is to match like colours for as long as possible.

The button on the right-hand side is a “share” button, where players can share an advertisement for the app through a wide variety of media as hyperlinks (including Facebook, Dropbox, Skype, Bluetooth, etc.)

The bottom button takes players to an “achievements” section, where players can earn a range of achievements such as “10 games played”, “150 points”, “300 games played”. These achievements unlock progressively as players attain higher scores or play the game more. The button on the left-hand side takes players to a Google+ Scoreboard where players’ scores are displayed and compared to the scores of their friends. There are options such as “all time” and “today” available to see different winners. There is also a category where players can see every player that has played the app, ranked by their top score.

This app does not appear to have any material that may be inappropriate for children and can be safely played by individuals of all ages, however the terms of use for Google + has an age condition of 13+.

There is the option to share advertisements for this app through a very wide variety of media including Dropbox, Bluetooth, Facebook, Gmail, Google+, Messenger, Linkedin, Outlook.com, and Skype.

This app features banner ads across the top and bottom of the screen periodically, advertising various other appropriate apps. No inappropriate or adult material was observed.