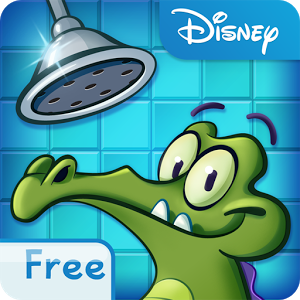 This review of Where's My Water? was completed by the Australian Council on Children and the Media (ACCM) on 1 November 2015.

This review of Where's My Water? contains the following information:

This app was played and reviewed to level 7.

Where’s My Water is a physics-based game where individuals play through various puzzle levels. The objective of the game is to find the correct path in maze-like levels to enable water to flow from one point to another. The skills required include motor and geometric skills and an understanding of physics.

When the app is opened, players are required to verify their age. They are also informed that ‘Making In-App purchases costs money and will be charged to the Google Wallet.’ Players are told that they may adjust their account settings to restrict the purchasing of in-app items. After this, players are taken to a home page with options to either begin gameplay or to buy the Full Version of the app (for $1.99).

Players are shown the range of levels that can be played through. Although only the first level is unlocked when beginning the game, there are many levels in the app (15 can be accessed within the free version of the game). Players are then introduced to Swampy, a large green alligator who lives down in the sewers. The aim of the game is to guide water down to his bathroom, in order to help Swampy shower.

In the first level, players are told to drag their finger down the device screen in order to cut a path through the dirt which is blocking Swampy’s shower pipe. Water then flows freely down to Swampy’s shower. After each level is complete, players are shown their total score, as well as any Overflow Bonuses and Duck Bonuses. As the levels progress, the paths become increasingly complex – for instance, players must weave their finger around certain obstacles and bends in order to ensure the water supply flows freely. In the more challenging levels, players will have a maze-like pattern set up and must account for the water slipping in between cracks before reaching its final destination. In other levels, players must create a path that enables water to bridge a gap. If players are unable to get enough water to Swampy’s shower, they must replay the level in order to continue.

The app also contains an Achievements section, where players can attempt to gain achievements such as “Complete the Level ‘Meet Swampy’ with 3 Ducks”.

Players are encouraged to purchase the Full Version of the app for $1.99.

The app advertises the paid version of the Where’s My Water app, as well as another Disney app of a similar nature called Where’s My Mickey? – both of which cost $1.99. The latter is advertised by a single image only and must be clicked on as opposed to popping up. It is amongst the selection of Swampy levels to choose from.