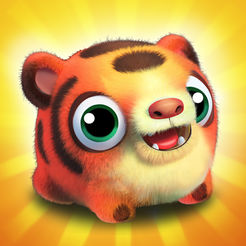 This app is a “match-three” game similar to Candy Crush. Players will benefit from strategic planning and good memory. Not suitable for children 12 and under, parental guidance 13 – 17 due to social media connectivity and “risk for reward” themes.

This review of Wild Things: animal adventure was completed by the Australian Council on Children and the Media (ACCM) on 28 June 2018.

The reviewer played to Level 36.

Wild Things: Animal Adventure builds on popular match-three games by adding a story line element. Players start with a random grid of symbols and need to swipe up, down, left or right in order to make three in a row. This makes the symbols disappear with the surrounding symbols dropping down around it to fill in the grid gaps. Furthermore, there’s usually an object behind each symbol which clears when a match occurs in front of it. For example, level 36 clears bamboo behind each symbol as it’s matched. These bamboo squares then go to feed the hungry panda sitting on top of screen. If panda gets enough bamboo squares – the player completes the level. Each level in this game is similar in this way – the point is to help the animals at each level. Also, when levels are completed, the player is rewarded with a leaf. Leaves can be used to clean up the animal’s park and add features that benefit the animals.

It’s likely that younger children would be attracted to this game. Not only are the cartoon animals cute, but there’s also attractive and gentle sounds that go along with it. Also, if levels are not completed, the animals often cry and look very sad.

There are also many other elements in this game that would encourage players to either spend real money or to connect with Facebook. The first one is the time lock out. This is a common feature of games of this type where if a player runs out of lives, they must wait for about 18 mins before their lives replenish until they can play again. Alternatively, you can use 125 coins to get an instant refill of lives (which, unless you’ve earned coins over time, you must pay for with real money). The game also has a win streak feature, so if you don’t buy another 5 moves to try and beat a level, you lose your winning streak and thus the benefits that come along with that. If players are coming to the end of their allowed moves and they are close to completing the level, they can use one of their limited boosts (e.g.; a target that removes a particular square). However, there is no guarantee that using a boost will result in completing the level – and once the boosts are used up, you need to use real money to purchase more. Thus, this represents a risk for reward situation that many parents will have issues with.

There’s also a piggy bank feature. As levels are completed, virtual coins go into the piggy bank. The only way to empty the piggy bank is to pay $4.49. The problem here is that at some stage, the piggy bank gets full and hence all coins won per level are shown dropping on the piggy bank and fall away to be lost. 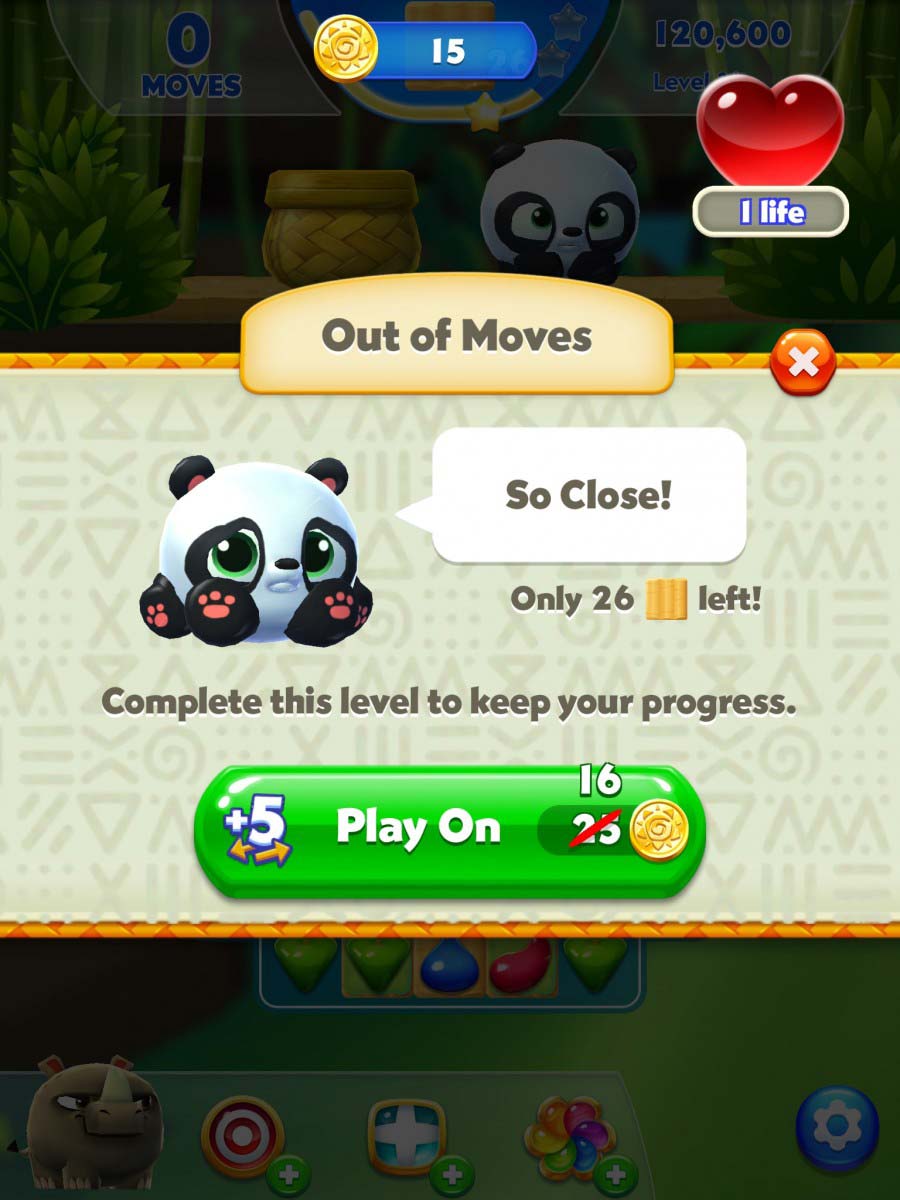 Lastly, if you don’t complete a level, the game will indicate that you can ask your Facebook friends for more coins – which is achieved simply by pressing a button in-game.

As indicated above, there are many elements in this game that would make it difficult for some not to spend real money. As boosts can be purchased with real money, and there’s no guarantee that using a boost will result in completing a level, using boosts is a risk for reward situation that is similar in nature to real gambling.