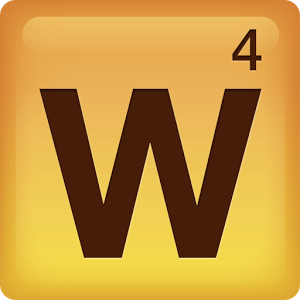 This review of Words with Friends was completed by the Australian Council on Children and the Media (ACCM) on 25 September 2015.

This review of Words with Friends contains the following information:

This app was played and reviewed for approximately 1.5 hours.

Words With Friends is a spelling game that involves competing with other individuals. The objective of the game is to choose letters and place them onto a board in order to correctly spell words, with longer or ‘rarer’ words earning more points than shorter or more common words. The skills required include motor skills, spatial awareness, strategic thinking and spelling.

When the app is initially opened, players must elect whether they log in via a Facebook account, Google+ account or via an email address. Players can then click on the ‘Get Started’ icon. At this point players have the choice to: ‘Pick an Opponent’ by connecting to Facebook (and playing against a Facebook friend); search for a particular name/username of a player they want to challenge or choose the Smart match option (which allows players to play against someone new). Players can furthermore choose a Community Match option, where they are able to browse player ID cards containing photographs of people and their in-game stats and select new opponents based on these features. Players are given a list of these random players and if they swipe right, they choose to accept a game with those individuals. The game then offers those people an invitation, providing them with the opportunity to accept or decline. Players are encouraged to update their own profile and to ‘add a photo to find better matches!’.

During gameplay itself, players must begin by dragging one of their seven lettered tiles onto the large empty board. After players use their tiles to create a word, they can submit this and then must wait for their opponent to create a word also. Players need to use all of the letter tiles from the tile bag in order to finish a game. During this, players can use the Chat function to send private messages to their opponent. This feature appears to be un-moderated. The words players are able to include on the board also may include coarse words or words of an inappropriate nature for younger players.

Players have an options menu visible on the left-hand side whilst they are playing against an opponent. This menu contains a dictionary that can be used to search for, and define, words. Players are able to turn on the Word Strength option, which indicates how strong a player’s word is before they submit it. There is also an option to turn on or off the Hindsight feature, which offers players hints for potential words they may create with their current letter tiles. The menu also has options to pass your turn, swap unwanted tiles in place of their turn, resign from the game, and also view how many letter tiles remain for players. Each time players enter a word, they are given a different number of points based on how rare the word is.

Players can have multiple games going with various opponents at any one time. There is also the option to play solo/offline, in order to practise and allow a player to sharpen their skills. It is also possible to view a leaderboard of total points and average word scores, so that players may keep track of how they are doing in comparatison to other players.

Players can choose to make an in-app purchase which will allow them to remove advertisements from the app. Removing ads entirely costs $13.00. Players can also purchase more Hindsights, allowing players to gain some helpful hints if they are stuck. These can be purchased in packages of 100 Hindsights for $2.59, or 500 Hindsights for $6.49.

Players can choose a Community Match option, where they are able to browse player ID cards containing photographs of people and their in-game stats and select new opponents based on these features. Players are given a list of these random players and if they swipe right, they choose to accept a game with those individuals. The game then offers those people an invitation, providing them with the opportunity to accept or decline. Players are encouraged to update their own profile and to ‘add a photo to find better matches!’. Players can also use the Chat function during gameplay with another individual in order to send private messages to their opponent. This appears to be un-moderated.

The app contains banner advertisements that are positioned along the bottom of the device screen. These include ads for other gaming apps, such as Flappy Bird and The Speed Ninja, as well as other non-game organisations such as restaurants like The Coffee Club. Additionally, there are full-screen video advertisements that appear in between turns during a game. These can be manually closed during the playthrough of the ad and include things such as ads for the iPhone 4 and Bankwest Bank, as well as other game-related apps such as Mobile Strike (with some violent content). Players can also opt to watch video advertisements in exchange for Hindsights.