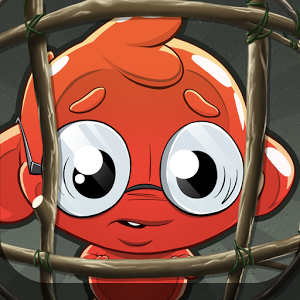 Wuzzit Trouble is a puzzle game based on knowledge of integer partitions.

This review of Wuzzit Trouble was completed by the Australian Council on Children and the Media (ACCM) on 5 August 2014.

This review of Wuzzit Trouble contains the following information:

Wuzzit Trouble allows players to turn gears and cogs in order to collect keys to unlock the cages of friendly Wuzzit animals. The objective of the game is to unlock as many Wuzzits as possible, turning the cogs in mathematical patterns to achieve this. There are many mathematical skills involved in playing through this app, including mathematical conceptual thinking skills. It offers players the opportunity to practise basic arithmetic as well as more complex integer partitions, algebraic thinking and algorithm design.

There is an option to click ‘Play’ after the app has been installed and opened. Additionally, players may click on the link ‘For Families’ which transports them to a website for the game creators, containing an ‘About Our Games’ info page. Players may also access the settings to adjust the music and sounds. Once a child chooses the Play option, they are brought to a screen which informs them that they have 0/75 golden stars in the Botany Lab. Players are then directed to enter level 1-1 of the game and instructed to ‘tap and turn the small gears to move the keys to the pointer’. They are informed that a gold key will offer one gold star, turning it in 2 moves or fewer will offer two gold stars and doing it in 1 move or fewer will offer three stars.

Players are offered a visual demonstration of how to do this and then asked if they would like to try it themselves. Upon completing this successfully, players will own their first Trophy Award for saving their first Wuzzit. They are given a final score, told the number of moves that they were required to use and if it has been their best attempt thus far.

As players progress through the levels, more keys appear that players must collect with each turn. To do this, individuals must turn the first cog enough times that the gear will click through multiple keys within one move. Players can only turn the cog a maximum of 5 times per move but may turn it both in a left or right direction. During the higher levels, keys may be on both the left and right side.

Upon reaching level 1-7, players receive a bonus +250 reward of purple stars. Trophies may also be won that offer the players more gold stars. Upon reaching level 1-11, a new cog appears that players may turn – it skips past double the space that the smaller cog covers and can be used to move more quickly in fewer moves.